Home Tablets, Laptops and Chrome HP Australia clarifies specs and pricing for the upcoming Chromebook 11 and... 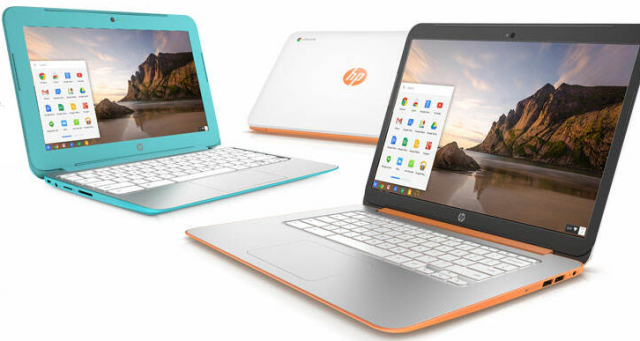 Ok, we think we got this. There’s definitely updated HP Chromebook 11 and Chromebook 14 models arriving in Australia, but after double checking with HP Australia, we’ve been able to nail down the specs, model #’s and pricing for the Chromebooks dropping next month.

We’ve confirmed the exact processors and speeds they will arrive with as well, the Chromebook 11 will come with an Intel Celeron n2830 Bay Trail-M processor, manufactured on the 22nm process, and clocked at 2.16GHz. The Chromebook 14 will come with the Quad-core Nvidia Tegra K1 ‘Logan’ CD570M processor, clocked at 2.1GHz. This version of the Tegra K1, as we’ve been asked a couple of times is NOT the 64-bit version.

The Chromebooks will arrive at retail in October, let us know if you see them instore before the ‘official’ announcement.

Why would anyone pay $400 or $500 for one of these when you can buy a laptop for the same price? The main appeal of a Chromebook is a cheaper price, isn’t it, as you can run Chrome in Windows or linux?

And the SSD, ‘light’ OS, both adding to a very quick boot up. You obviously benefit more when heavily invested in Chrome and everything else Google in the cloud.

But yes, getting to the higher end of the ‘netbook’ spectrum.

Interested to see how the newly announced Windows 8 netbooks will be when they arrive in Oz. Hopefully the competition will just drive the prices down for everything/everyone.

And because a Chromebook would be more reliable and easier to use for non-computer enthusiasts. A *very* important consideration for a lot of people, including those that have to do tech support!