The build-up to the launch of the Oppo N3 is gaining momentum, Oppo’s social media channel has begun dropping hints at an October announcement in Singapore and the leak of a render of the phone has begun to garner a bit of talk around the traps – not all of it good. The render a few days ago drew positive and negative comments, but it may not be the final design, with a new render cropping up. 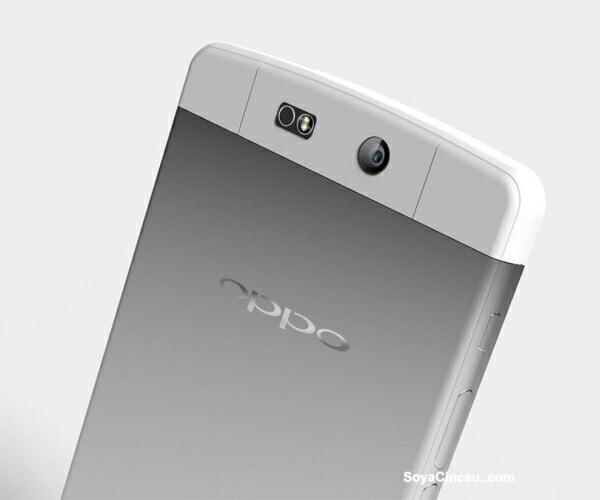 This is a more familiar design, with the revolving camera module looking more familiar to fans of the original rotating camera phone – the Oppo N1. It seems to be an evolution of the design from that phone with a few more improvements. The phone in this render appears to again have a metal body, as well as a volume rocker and power button that sits flush with the body – not bad in concept, but hard to find by touch alone in practice.

Only a couple more weeks till October rolls around, and we’ll surely hear about a launch event for the Oppo N3 and we’ll find out what it actually looks like.

Does this design seem more credible than the previous leak?