The battle for the living room is on. Google has been trying to get there for years now, beginning back in October of 2010, when they launched their first TV box, Google TV. They initially partnered with Logitech and Sony to launch set-top boxes. Almost immediately the platform met hurdles, with content creators blocking the apps and browsers from accessing their online content, until finally the product was pronounced EOL this year.

Google was aware of the decline in market share, usage and overall interest in the Google TV, as far back as early 2012, when they began developing the Nexus Q, which they launched at Google I/O. But limited functionality, coupled with a $300 price tag led to the device being killed off before it even had a chance to be officially sold. Fast forward to today, and with almost no compatability in current Google Apps, it’s purely a nice looking paper-weight, albeit with some pretty lights. 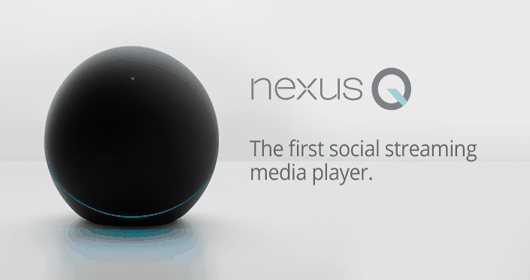 Google wasn’t done with TV though, in 2013 Google launched the Chromecast in the US, expanding globally in 2014. It’s been an almost stellar performer, still retaining the #1 Best Seller spot in Amazons Electronics category. But it’s limited to video really, and Google wants a piece of that lucrative console gaming market.

This year, Android TV was announced at Google I/O. Android TV is designed to run as an embedded system on your TV, set-top boxes, DVD players and more, it’s a step forward, incorporating all the lessons learned from the Google TV, Nexus Q and incorporating technology from their best-seller – the Chromecast. Android TV will do what your Chromecast will do and more, it will aggregate your video searches, it will act as a Chromecast receiver and it will play games.

Android TV will be coming this year, it will be embedded into all sorts of devices from TVs to set-top boxes and DVD Players, but developers keen to get their apps onto the platform have been able to use a reference device that Google has provided called the ADT-1. Rumour has it that the ADT-1 was going to be a retail Android TV ‘Nexus’ but who knows really, all we know is we have one, so let’s unbox it.

Does it work on 240 volts or do you need a transformer to provide 110 volts?

I so want one of these, would kick ass for Limelight Game Streaming imo. Please release a set top box already!!

My dream machine for the lounge room is that, with a DVD/Bluray player in it. Never going to happen I’m sure. They want you to stream your content

This is the final frontier(the living room) for me…. Its the only thing in my mind that separates Apple and Android…. I watch a lot of american sports and i’m dying to throw my apple TV away….but i need a real alternate. I hoping this comes to life… Can you show us some videos of apps in action?

can you pair the controller with a pc?

Actually haven’t tried. I tried connecting my Ouya Bluetooth controller to the ADT-1 and was unsuccessful. Will try that out.