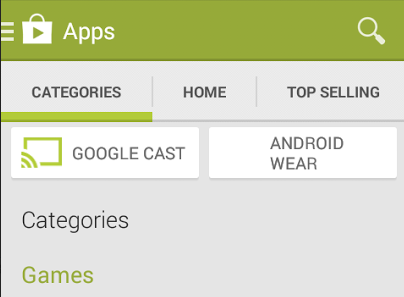 It’s gotten a little confusing, but it appears Google is trying to move towards Google Cast as the protocol, while the Chromecast remains as the $49 dongle we all know and love. There is no real ‘Google Cast’ section on the Google Play webstore, but the ‘Google Cast’ naming is also on the Chromecast Apps page as well, so it seems it’s definitely being slid in.

It’s fairly innocuous, so file this one under interesting and maybe start referring to Google Cast next time you refer to the act of casting to your Chromecast dongle.

its always been like that Google Cast is the Protocol and Chromecast is a product that supports Google Cast https://developers.google.com/cast/ with Android TV supporting Google Cast there going to be a heap more device hell every Android L device could be a Cast Receiver