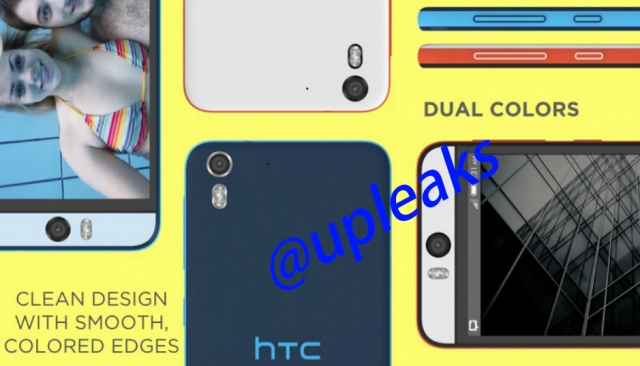 The HTC ‘Double Exposure’ event on the 8th of October is rumoured to be to launching their GoPro style action camera the ReCamera, as well as a selfie style phone with, obviously an emphasis on the front-facing camera. Leaker @Upleaks, has apparently come across some of the features for the phone and released them on twitter last night.

The phone will be in the Desire line, which in a return to the high-life of the original Desire, will actually contain some fairly high-end specs. The phone will be known as the HTC Desire Eye, or ‘Eye’ for short and will feature a 13MP camera. The rest of the specs will be :
https://twitter.com/upleaks/status/517967436633485313

Also in keeping with the Desire line, which seems to have become HTC’s ‘fun’ line, the phone looks to be coming in both red and blue options, with highlights accenting a white body.

This could all be announced at the event, but nothings confirmed till the phone is announced. So stay tuned.

Do you need a 13MP Selfie camera phone in your life?