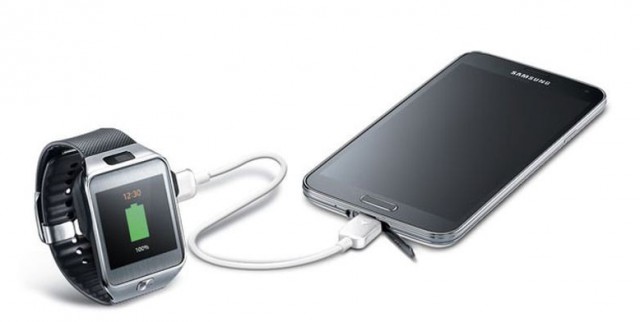 We’ve all been caught short before — there’s nothing worse than being on the go with a flat gadget, and it’s made all the worse if you’ve got something else nearby that’s got full battery, but you can’t share it. Right? Wrong.

Samsung wants you to be able to charge your devices from its mobile and tablet devices, and has released a new micro-USB ‘Power Sharing Cable’ for just $US 19.99.

Using the cable, and the companion Power Sharing app (available on Google Play or via Samsung Apps), users can specify how much of their device charge they’re prepared to part with to jump start another device. For example, you can give your Gear Live a quick injection of power, or if you’ve got a powerhouse tablet (e.g. the Note Pro 12.2) you could even charge your smartphone with it.

Is this something you’d like to see? We think it sounds like a good idea, except that for some devices, battery life is already an issue, so charging other devices with your already-feeble mobile device could be a bit of a folly.

if you are carrying this cable around just carry a battery pack that can charge both devices. this does not come close to other devices of similar size / weight

These have been out for ages at JB….

…yeah great, you’ll end up with two flat devices. What ever happened to those nuclear batteries we were meant to be getting.

I would never power up my watch from phone, and u think if powering ur phone from tablet….just carry a portable power pack which costs same instead of sharing

Please tell me it’s not Samsung only? We know they love to try and lock you into their own walled garden…

This is a really cool idea. But as above, hopefully it’s not for Samsung devices only.