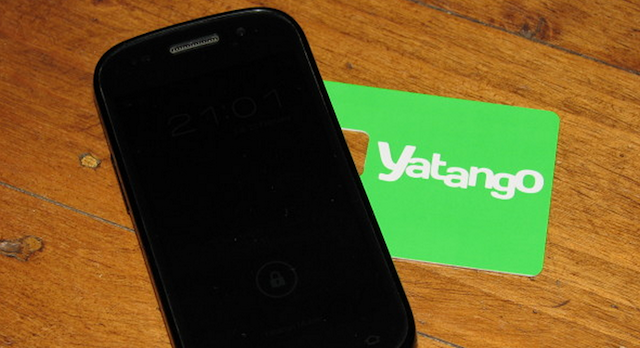 Yatango Shopping has announced that both of Samsung‘s new Note products – the Galaxy Note 4 and Galaxy Note Edge are now available for sale. If you’re waiting for the Australian release of these products, you might want to pay attention.

Yatango’s products are compatible with Australian 3G and 4G networks (although as pointed out in the comments they are not the same models that will go on sale here), and currently priced below the announced Australian RRPs. The Note Edge in particular is selling at $999, some $250 below RRP while the Note 4 is selling at $899, $50 below RRP.

Overseas readers in a market where the Note Edge won’t be launching might look upon this as a good opportunity to pick up Samsung’s curved screen Note 4.

That’s a good price in anyone’s book, although it’s still possible we’ll see some attractive pack-ins from carriers like the Gear VR when the devices launch in Australia in late October / early November.

Since Mobicity and Yatango merged with each other in August they’ve set about providing value for money in the import phone market. They also have a points rewards system so return customers can earn discounts on future purchases.

Have you been considering a Note 4 or Note Edge as your next phone? Does Yatango’s pricing interest you? Tell us in the comments!

Hi, just a question in regards on the warranty claim. How do we claim the warranty or repair from Yatango if we ever bought a handset from Yatango? Are there any shops in Perth, Western Australia?

Even though their Note 4 is Exynos, the Note Edge claims to be Snapdragon. Would their Snapdragon be any different to the Snapdragon we’ll get here in Aus? Just want to know for the sake of securing an order due to the Edge being produced in limited numbers.

Getting local in Aus. is also getting the slowest update from service provider. As you all know Samsung is very slow with software update. Note 3 Kit Kat 4.4.2 was out 3 months or more before Aus. got them.

You’d be an idiot to spend this much on a grey import, especially an exynos version.

Im sure you could get one outright upon release locally for equal or better price.

is this yatango site a sponsor? been quite a few articles promoting them in the last month or two

Note Edge only Pre-Order only

Heads up, this is the Exynos version Not the same model that will e for sale in Aus… (SnapDragon Quadcore)CPUOcta-Core (1.9GHz Quad + 1.3GHz Quad-Core)

Thanks, updated to reflect this.

I’m not sure the Exynos vs Qualcomm stuff makes a difference atm – I’ve got Exynos-powered Tab S’s and they’re pretty awesome.

I’ve got an Exynos powered Galaxy S2 still going stong… even if I only use it as an alarm clock radio these days! In fact, off topic but I’d love an article about things to use old Android devices for; there must be a 100 good ideas out there!

The Exynos version seems to be generally the better performer, except on memory benchmarks where it’s a bit behind the Snapdragon:

That’s definitely a consideration for those who like to dabble in custom ROMs. The Exynos versions have generally had far less support in this area than the Snapdragon versions.

I would way prefer the Exynos version in the Note 4 and Edge than the Snapdragon for two reasons – The Exynos is faster already in the current benchmarks by 5% or so. The other is that the Exynos is the 64bit chip and is waiting for the 64bit Lollipop to come out. Once it is out, the Exynos will be a LOT faster overall with 64bit code. And no, 64bit does not only mean “Address more than 4GB of RAM”.. we are talking about 64bit machine code, registers, optimisations, moving data within the memory faster etc. It really is… Read more »

Where did you get the “this is the Exynos version Not the same model that will e for sale in Aus… ” information from?

And in the specs section “Quad-Core 2.7GHz”