Hangouts on Chrome, or even ChromeOS has been a little janky to say the least, but this morning it gets a whole lot better with a new Chrome App for ChromeOS and Chrome for Windows. The new app is a compact looking arrangement of ‘chat-head’ style bubbles which you can reposition around your screen.

The new app gives you all the functionality of Hangouts you love without it taking over your whole desktop. It operates over the top of your browser in ChromeOS, allowing you to drag and drop the app at any place on your screen. Messages pop-up and then disappear when clicked away, if you don’t respond to a message straight away an unread message counts accumulates in a bubble atop the persons avatar.

Google has also incorporated the Hangouts dialler into the app, as well as advising that users of the old Hangouts extension for Chrome will see a popup asking if they want to try the new app over the next few weeks.

It’s pretty cool, but there’s still the issue of people using multiple Google Accounts not being able to select between their Hangouts accounts. Oh well, maybe next update. You can try it out for yourself by installing it from the Chrome Webstore, then let us know what you think. 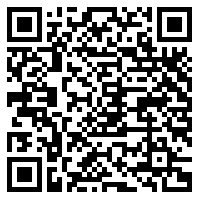 Yeah there are reports of it working on Mac OS X, but with lots of bugs, hence why no official announcement of support for OS X or Linux.