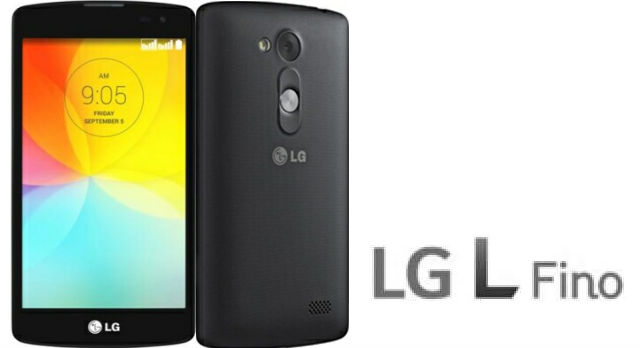 It seems that LG has added a number of new handsets to their site in time for the upcoming Christmas season, with a new L-Series phone, the L Fino handset appearing on the site. The phone is listed as ‘Coming Soon’ to a range of retailers, where it will sell for a Recommended Retail Price of $199.

The L-Series handsets are lower end, featuring only a 3G radio, however the L Fino takes on design stylings from the higher-end LG G3. The handset also gets some of the higher end software features of the higher end phones, including Knock Code and Guest Mode, as well as camera specific functions such as Touch Shot and Gesture Shot as well as ‘Front Camera Light’ which uses the display to illuminate your face for those selfies you know you want to take.

Hardware wise the phone comes with:

The phone will be available in black with a Dual-SIM configuration with a HSPA 3G Radio from Harvey Norman, JB Hi-Fi, BigW and Kmart. LG hasn’t officially announced the phone as yet, but we expect an announcement any day now.