Home News and Editorial OK Google, here’s what I want to see in an updated Android... 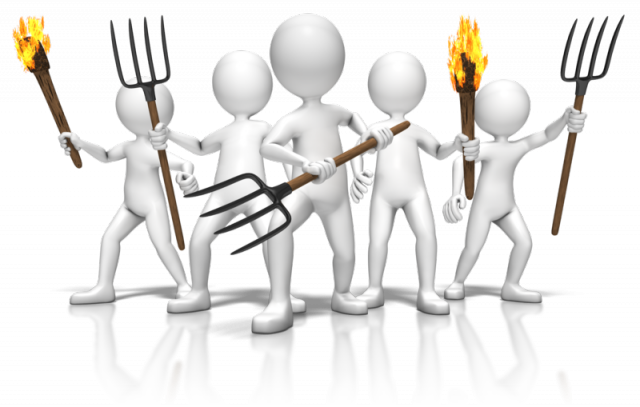 Google’s due to deliver a big update to Android Wear in the coming weeks, supposedly bringing it up to the Android L code base and adding a number of new features like GPS and Bluetooth audio support.

With that in mind, I thought it was time to highlight some things I’d like to see tackled in Google’s nascent wearable operating system – hopefully before it starts to grow too big.

Hopefully there’s a few Googlers listening and ready to devote some attention to addressing these issues. 😉

As Google’s made Hangouts its standard app for both SMS and IM, it’s brought about some confusion on Android Wear watches. On my phone, I can open Hangouts and choose to send someone a message via SMS or IM. If I tell my watch to message someone, it’ll do so exclusively via SMS and it actually does it outside of Hangouts.

So how do I message someone via Hangouts, or send a message to one of the group chats I’m in that Hangouts is so good at? Err, you can’t. Not yet, anyway.

Come to think of it, Hangouts seems to have a notoriously inconsistent way of handling actionable notifications on Android Wear. Most often when you receive multiple messages in different conversations, you can expand each of them out and view each conversation history on the next screen to the right, but sometimes you just get one card telling you there’s messages and listing the names of the conversations – thanks, I guess? It seems as if Hangouts’ Wear integration is only half complete.

Too many times, Android Wear’s voice recognition has been completely unreliable, often hilariously so. Words are often completely wrong and often you just can’t send the text because the result is embarrassing or unintelligible. We’re had some spectacular misfires in the Ausdroid team Hangouts, while other times it’s worked perfectly – it just doesn’t give you confidence that the feature is going to work properly, if at all.

Android Wear’s voice recognition is nowhere near as good as speaking to your phone, which is puzzling. Google engineers have spoken about the way Android Wear handles voice commands – they’re not processed at all on the watch. Rather, the audio is sent to the phone for recognition and transcription (which makes sense, the phone has a bigger battery and a more powerful CPU). So if the phone and the watch are actually using the same engine for voice recognition, does this mean the fault is actually the hardware in the watch that’s listening to your voice?

An interesting possibility here is the recent introduction of “No I said” commands on the phone side, allowing you to correct words that were misheard by Google just by saying them again, although it doesn’t seem to have rolled out consistently to all phones – perhaps it’s language-dependant. This also hasn’t hit Android Wear’s voice recognition system yet, and we’re hoping it does sooner rather than later.

On a device bereft of a keyboard, Google’s got its work cut out for it in sorting out better input options. The answer very likely isn’t a keyboard, but maybe it’s something in between. Even Microsoft has some keyboard ideas, and while it might not be ideal at least they’re thinking about it.

Finally on voice recognition, whose Android Wear watch doesn’t have the excellent Wear Mini Launcher installed? There’s a reason it exists, Google – and a reason we all have it installed. Using voice commands to launch apps takes too long, is unreliable and feels unnatural. Just buy Wear Mini Launcher and incorporate it into the OS, already.

If your arm is hanging by your side and you raise it up to look at the watch, you’ll probably wake it up and activate the screen, putting it into listen mode waiting for your “OK Google” command. For some reason, I’m completely incapable of making this work consistently anyway.

If you’re riding a bike or sitting at your desk though, and your wrist isn’t perpendicular at the time, chances are you won’t wake the watch up. This has lead me to activate the watch with my nose while riding in order to issue a voice command – hardly convenient – and then I have to do it multiple times if I’m using navigation.

Google’s initial demo video for Android Wear showed the watch being used while on a bike. It’s time it lived up to that promise. Perhaps Android Wear devices will soon be able to come with “always listening” hardware.

Speaking of navigation, why doesn’t the watch buzz and display a card for me when I’m supposed to make a turn? I have to activate it manually to look at the navigation directions, so there’s a chance I’ve already missed my turn.

A full touch interface is all well and good, but sometimes you just can’t argue against physical buttons convincingly. We’ve seen a number of manufacturers in the phone space steadfastly refuse to follow Google into the world of onscreen buttons, and opinion seems divided in the watch space.

The Moto 360 and Sony Smartwatch 3 both have physical buttons on the side of the device for turning the screen on and off, essentially replacing the “cover” gesture (which, once you’re used to it, actually works fairly well), but we’d like to see it go a little further. Cancel the current action, return to a home screen (the same as covering and tapping), or show particular apps or information (yes, we’re thinking about Apple’s watch, with the communicator button).

Apps using Android’s standard media playback controls (which also appear on your device’s lockscreen) benefit from those controls automatically appearing on an Android Wear device. That’s great, except they often don’t go away when playback finishes and the card can’t be dismissed (“No! You’re still watching! You MUST have these controls!”). I’ve gone to work many mornings with playback controls still showing up from the night before. It’s worse with Chromecast-capable apps.

A restart of the watch fixes this, but it feels like there’s a command of some kind that’s either not being sent to the watch, or the controls are somehow out of sync. Maybe this is more the fault of the host device than it is Android Wear? We’ll see.

On a phone, a persistent notification doesn’t get in the phone very much.

On an Android Wear watch however, it’s an annoying card that you can’t dismiss no matter how hard you try – and it might even obscure your watch face!

There’s my wish list, at least as it currently stands. It grows and changes every day I use my G Watch.

I’m not saying Android Wear is terrible. Quite the opposite, actually – I continue to put my watch on every day and use it over the course of the day – but these issues need to be addressed and Android Wear needs to be slicker and more reliable. That should happen before competitors launch their devices, or Google risks losing the early lead they’ve got in this space.

Do you agree with this list? What changes to Android Wear are at the top of your own list? Head to the comments and have your say!

*What would make navigation better? Spoken directions. Android Wear watches don’t currently have speakers – perhaps they should.*
That is the dumbest thing I’ve read in a long time. If you want your smartwatch to have a battery life of 1 hour per day, yes this will be a great idea.

Personally I would like a lock or snooze mode where the phone won’t wake unless touched in a specific way. When I am in the shower, the watch starts doing crazy stuff. I assumed it would be similar in baths and pools. I agree with the comments about hangouts and corrections, but I rarely have recognition issues, or problems with pretty much anything else you describe. I see the device as glancing interaction only. If I can’t do it with voice, the phone is likely to be much more applicable for the situation so I go there. Personally I considered… Read more »

My Uncle=KING just got gold Dodge Challenger SRT8 Core by ｗ0ｒｋing parttime 0n, COMPUTER from home;. navigate to this website,,

I want to see more synergy between Android and Android Wear, for instance how about when you mute your watch it mutes your phone