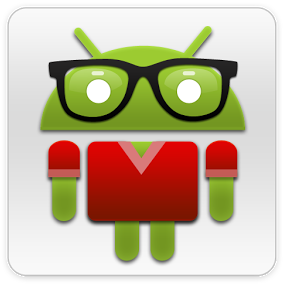 We’ve all had fun creating our own custom Android characters with Androidify, we’ve even seen Google use them in their latest commercials – one of which apparently showed off the Nexus 6. Google has updated the app to version 2.0 and there’s a heap of new accessories and fashion items, as well as sharing options and animations to check out.

The app is pretty different to when we last used it, so if you haven’t installed it for a while it’s time to check it out again. There’s a whole heap of new accessories, like phones, (Android Wear) watches and desserts (Lollipops!) to customise your character with. Google also lets you breathe life into your character with new actions now available which let your Android move, and you can share all these new characters as animated GIFs…or emoticons.

The Androidify.com website also gets some love, with the ability to upload your creations to the site and share them with the world. If Google likes them, you may even see them in a new Android TV commercial. That’s right, some new ones could be coming soon.

The full Changelog from the update can be found below:

The app is rolling out now, so you should be notified to update the app shortly. Check it out, it’s a lot of fun.

The app was not found in the store. 🙁
Go to store Google websearch
Source: Google Play.
Via: AndroidPolice.

Missing from your article, this new version is portrait mode only, and it breaks some droids created with earlier versions.