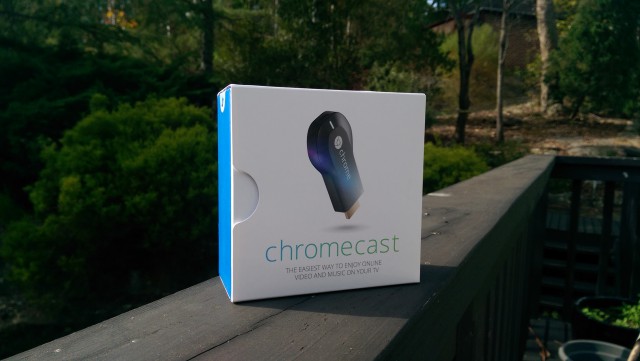 After spying updated Chromecast hardware skating through the FCC just last week, the race has been on to find out more information about the new dongle and any updated features it may offer. Google has so far been mum on the device, with the Chromecast team in their recent AMA on reddit reluctant to talk about it. Not so Google VP of product management Mario Queiroz who has mentioned it to GigaOm during their Structure Connect conference this week.

According to Queiroz, the device is coming, but he wasn’t willing to be drawn on further details except to say that Google is ‘building an ecosystem of different endpoints’, of which Chromecast is but one. He also spoke about ‘other’ Chromecast devices, which could relate to anything from a V2 Chromecast to devices from other OEMs with built-in Chromecast or ‘Google Cast’ as Google likes to refer to it, functions coming soon.

Queiroz gave some other statistics on Chromecast, relating that Chromecast streams have been ‘cast’ 650 million times, up from 400 million times just three months ago. This rapid expansion is most likely due to the rapidly expanding availability of the Chromecast dongle in more regions.

He also spoke of the availability of apps, which are looking to soon number around 10,000, coming from around 6,000 Chromecast developers. These developers could also make use of the new API that Google will be releasing shortly to take advantage of the new Backdrop function that Google recently unleashed allowing more control over the screen-saver function, including the ability to change sources and get information on the picture currently on-screen.

When we’ll see the new Chromecast, or indeed hardware with the functions built-in isn’t yet known. But with the impending release of Android TV, and Google’s own Nexus Player about to go on-sale, the number of streams cast could jump dramatically again in the near future.

You can watch the interview here: