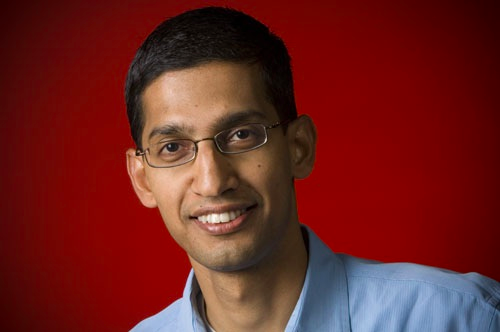 Sundar Pichai, the man already in charge of Chrome and Android, Google’s desktop and mobile operating systems has just been handed a rather large promotion by Google CEO Larry Page.

According to a new report from Re/Code, the Pichai has been handed the reigns of a further seven products, adding to Chrome and Android, he will now be in charge of research, search, maps, Google+, commerce and ads and infrastructure. The existing heads of these products will now report directly to him, rather than Larry Page.

Larry won’t be resting on his laurels though, he’ll continue to be directly involved in managing business and operations, as well their new unit: Access and Energy, which is overseen by Craig Barratt). He will also oversee Nest, although it’s still apparently independently run by Nest CEO Tony Fadell. Page will also oversee Google’s health initiative: Calico, as well as Sergey Brins baby: Google X. Page will also continue to manage their corporate development, legal, finance and business which includes their big money spinner at the moment: ad sales.

This is a big promotion for Pichai, and we so far like what we’ve seen in this latest release of Android. We’ll have to see what else comes about of having one man concentrating on the more consumer facing products.

Kinda sounds like they’re grooming him for potential future CEO.

Wouldn’t bother me. Dude is insanely smart and looks like he’s done great things for Chrome and Android.