Fitbit has been at the forefront of activity trackers since they were founded in 2007 and today has announced its new activity tracker range, including a watch that is a rival to the fitness-oriented Android Wear smartwatches.

Last week we saw a leak of a document showing this new fitband, but Fitbit Australia did not comment – it seems we didn’t have to wait long for an official word from them, though.

The Fitbit Charge is a wristband that delivers “all-day activity tracking, real-time fitness stats and Caller ID right on the wrist” while the Fitbit Charge HR, as the name suggests, is the same as the Fitbit Charge but it has the addition of a HR sensor – in the form of LED lights to detect blood volume changes when your heart beats. 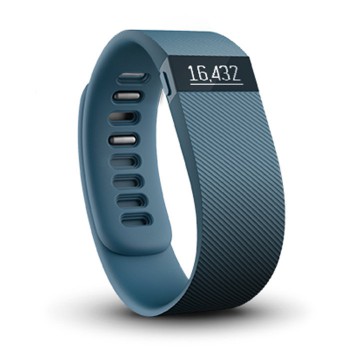 The Fitbit Charge and Charge HR features include: 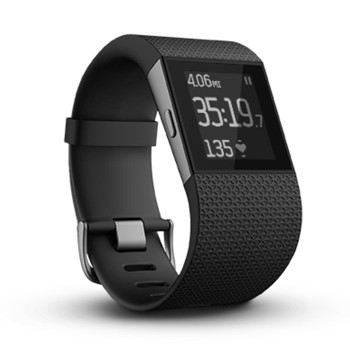 The Fitbit Surge is much more than just an activity tracker. It includes eight sensors – 3-axis accelerometers, 3-axis gyroscope, digital compass, ambient light sensor, touchscreen, altimeter, GPS and a heart rate sensor, to “give users the most advanced tracking in the thinnest, lightest design on the market.”

The Surge has features normally associated with a smartwatch including Caller ID, text alerts and music control, with a backlit LCD touchscreen display with customisable watch faces.

From the watch screen, the user can navigate through real-time stats, workout apps and alarms. The battery on this smartwatch/activity tracker hybrid is impressive, with Fitbit quoting up to 7 days’ battery life.

With the built in GPS and the other barrage of sensors, the ability to sync with Android, iOS and Windows phones as well as pass along phone notifications, the Surge promises to be serious competition for Android Wear, and fitness-minded individuals looking to purchase a smartwatch could well be tempted. How well it stacks up against Android Wear though is something that we will be keeping a close eye on.

The Android app that it syncs with has also seen an update, adding a social element to the app allowing users to share workouts and challenge friends and family to certain tasks.

We’re hoping to get hold of these soon to test out their capabilities and compare them to the latest Android Wear offerings.

Are you interested in these instead of – or as well as – an Android Wear smartwatch? Is there still a place for dedicated activity trackers in the world of smartwatches – especially with GPS and HR coming in some soon?

I’m interested but Sony’s smartwatch looks like it’ll do the same for less and give Android lovers AndroidWear.