Home News and Editorial Phonebloks shows off the Project Ara prototype and announces the next Dev... 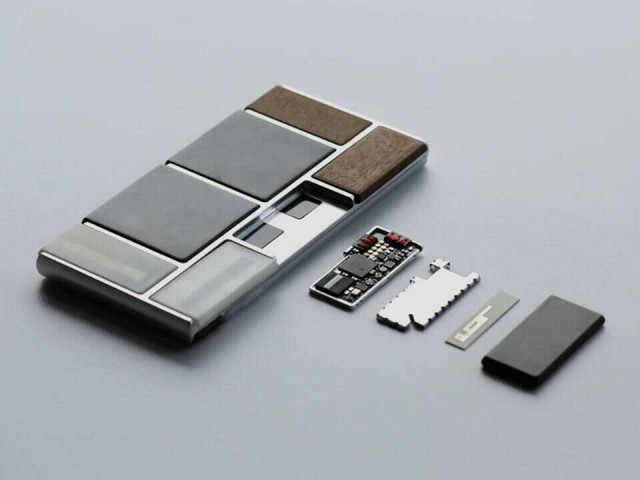 Project Ara, the modular phone that is being developed by Google’s Advanced Technology and Projects (ATAP) team is being steadily built by the team at NK Labs in Boston. Phonebloks, the site which kicked off the interest in modular smartphones last year has taken a visit to the lab to check out the progress of the current prototype, codenamed Spiral One.

The phone is currently working, with many of the modules now fitting together on the base-board, and running what appears to be Android 4.1. The development is continuing with individual modules showing up and being tested, improvements have been made to the phone to add better functionality when adding modules to the phone.

Designers have advised that the current Spiral One prototype has off the shelf chips, which limits the developer functionality of the modules, with 50% of the module being taken up by ‘modularity’ customisations. Thankfully Spiral two – the second generation of the project is due to incorporate custom made chips from Toshiba which will increase developer capability.

Spiral Two will be shown off at the next Project Ara developer conference due to take place in the US and Europe on January 14th, and in Asia+Pacific on January 21st.

Rumours surrounding Project Ara, points to a launch of the final product in February next year, with modules and base-board available through their own store described by Google’s Paul Eremenko as ‘analagous to the Google Play store’.

We’ll surely hear more about Project Ara before February, and we can’t wait to see what Ara can do.

Amazing ideas. Let’s hope it gets somewhere and reduces the mind boggling amount of e-waste that our tech obsessions create.