The Play Store change log for the update, listed as v9.0.0, is as follows:

• introduced a brand new look
• made it easier to find your data and call usage for multiple services
• improved data usage to be updated more frequently allowing you to control your usage more accurately than ever.

While at first this might not sound exciting, a look at some of the screenshots reveals that the ‘brand new look’ doesn’t consist simply of minor tweaks. The whole app has been given a fresh coat of paint, including some neat animations and even a new launcher icon.

The prospect of improved data usage updates is sure to be a winner too, with laggy usage meters consistently being ranked highly on the list of general complaints about carriers and ISPs.

Have you received the new Telstra 24×7 app yet? Give us your opinion in the comments. 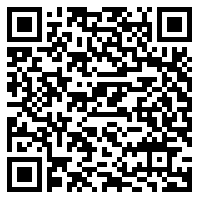 I’m liking it, the widgets seem to have remain untouched.

Agree! Got it this morning and it looks a lot better and seems quicker as well (placebo?!)

Looks good! Got it this morning, heaps better than the old version.