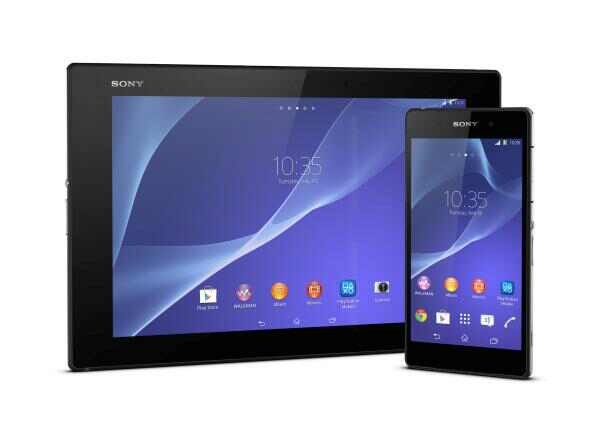 The Sony Xperia Z2 and Z2 Tablet are about to get an update – to Android 4.4.4. Sony has announced the update overnight, after announcing recently that the phone and tablet would receive Android 5.0 Lollipop at some stage next year.

Sony has tweaked audio for the devices, offering support for hi-res audio for PCM and DSD files through the 3.5mm jack, this is on top of the USB Hi-Res audio playback, making it a pretty high end audio device. There’s also support for DDS which is Sony’s DSEE HX technology, according to Sony this will enhance ‘the sound of your MP3, AAC or Music Unlimited tunes, restoring the experience sometimes lost in compression by these formats’.

Sony has also included their Smart Social Camera, the latest version of Battery STAMINA Mode which brings: Ultra STAMINA Mode. There’s also a new Quick Settings which can be personalised, these quick settings include a new Smart Rotation mode which can sense when you lie on the couch and won’t rotate the screen (Yay!). Finally, Sony has included “Record Screen” which will let you take video of what you’re doing on the screen.

The update will of course require carrier approval for those devices purchased from your carrier of choice. At this stage, Vodafone is testing it, but Optus and Telstra make no mention of it on their sites.

If however you purchased the phone outright from a retailer, the update should roll out soon.

I bought my phone direct from Sony, so it seems to get the updates pretty quick.

Same for me. I’m running the generic Australian firmware on it (no carrier bloatware). You’d think Sony would’ve tested it after making us wait all this time.

Its downloading something now, so might work this time.

Spoke too soon, gets 2% done downloading and then hangs eventually showing an error

Updated this morning just fine, I guess Sony had rolled out the metadata before the actual update binary. But all good now.

They have made some visual tweaks too, things just seem a little different and there is now a Tap & Pay option in settings.

Awesome! I purchased my Z2 outright from a Telstra store (after seeing the price announced here on Ausdroid– thanks guys!).

I wonder where that leaves me as far as receiving updates goes. It came with some pre-installed Telstra stuff and their added boot animation… but I’ve also done the (very easy) one-click root.

I guess I’ll be flashing the new update manually. I’ll report back when I can.