Home Mobiles Android OS and Updates Is your Ouya gathering dust? Why not try out Android TV 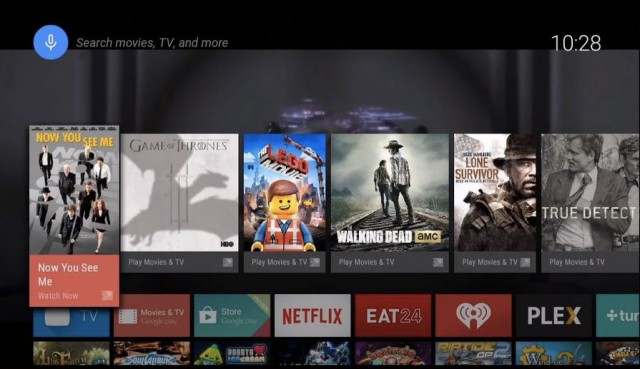 With the Nexus player is on its way to customers in the US only for now, there’s still no options for Android TV in Australia. But, if you were enticed into that popular Kickstarter project, promising cheap Android gaming on a TV, that is Ouya, then rather than let it gather dust, you may have a way to make it a little more useful.

Led by developer, cbwlkr, a team over at XDA-Developers are working to bring a port of Android TV to the Ouya. Currently, the project has had moderate success, though there has been a few issues, while LAN, WiFi and Bluetooth are working, sound is only partially working (stuttering on playback) and video also has a bad stutter in the current build.

There hasn’t been much movement on the build for a while, with the team waiting for an update to Android L or the Lollipop source code to be pushed. There hasn’t been any updates on the thread since the Lollipop code was pushed to AOSP, but perhaps the developers are working. Even if it’s not quite ready for general consumption just yet, if you’re bored; have an Ouya gathering dust and a yearning to get something useful out of it.

Are you one of the hordes who regret buying an Ouya? Will this be something you’ll try when the build is functional?

<3 this thread. I got an Ouya as a 2nd XBMC install (the 1st is a Pi running OpenElec). I would try this in a heartbeat if it wasn't for the audio issues. I foresee a lot of Ouya's becoming Android TV boxes. Also TOWERFALL!

I wish someone would do this for a raspberry pi

Never in history will this happen, a single core 700mhz processor can barely run XBMC let alone android with software intensive stuff on top… Also we don’t even have an android port yet and the hardware is way too slow…

The fact that XBMC works fine should be testament that if properly coded a solid multimedia experience could happen. Android TV is still young and in the future with optimisation this could be a good use case for the Ouya…

While it may be gathering dust the fun had while playing tower fall is worth the money spent. No regret!

I play Towerfall on it at least once a week. It’s such an awesome party game, I just sync up a couple of my PS3 controllers. That plus an easy way of playing N64/SNES/GBA/etc. ROMs on my tv means it was well worth the $99.