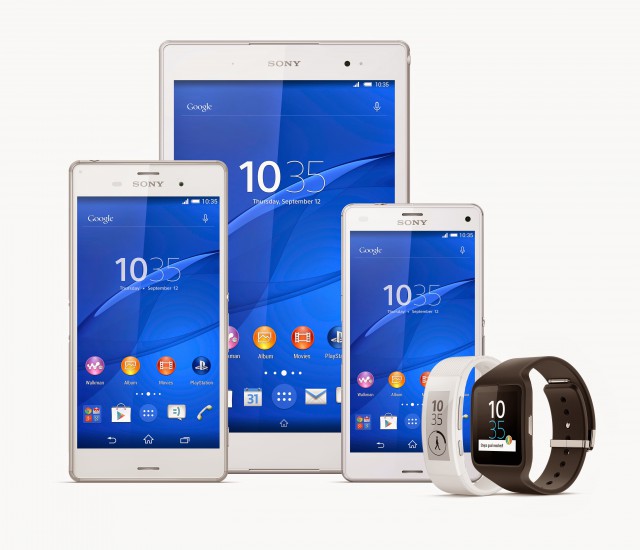 The release of the Xperia Z3 Tablet Compact has been the hot topic for a number of readers, disillusioned over the lack of Australian availability of the NVidia Shield tablet and the higher than expected price of the Nexus 9. Sony appears to be gearing up for the launch, last weekend asking you to register your interest in the tablet, but now we know the price.

We’ve been able to grab the price from the Sony Australia website where the 16GB (SGP611A1) model has been listed as ‘Coming Soon’. Price wise, the Xperia Z3 Tablet Compact will compete with the 16GB Nexus 9, with Sony pricing the tablet at $499. At this stage, neither a 32GB version, nor an LTE model have shown up on the Sony Australia site, but could be listed down the track when Sony officially launches the Xperia Z3 Tablet Compact in Australia.

The Sony Xperia Z3 Tablet Compact comes with a tidy list of hardware specs, including :

The 8.1MP Camera contains a number of great software inclusions to take advantage of the Exmor RS sensor and 25mm wide-angle Sony G Lens hardware included on the tablet. BIONZ mobile processing is included and allows for digital noise cancelling, the camera also comes with Steady Shot with an Intelligent Active Mode. There’s a variety of camera functions like the Sony Social Camera to help snap, edit and shrae your photos, including Face In, Sound Photo, Multi Camera and AR Run.

We’re still waiting to hear from Sony Australia about a release date, but at least you can begin budgeting for the tablet if you’ve decided that this is the one for you.

Nexus 9 is better, but Im getting this instead, because of the PS4 remote play and water proofing.. Makes it more versatile around the house and pool.

This will likely be my next

8in is too small a screen for me for a tablet. 16GB on board storage is quite frankly a sick joke.
No sale.

What Android devices do you currently have?

Aldi Bauhn 10.1in tablet WL 101GQC from mid last year.
The earpiece speaker in my LG P500 Optimus One started failing seriously during phonecalls. Had to replace it with a temp cheapie. A Huawei Y320. As an urgent temp replace, it’s tolerable. Medium to long term, the Huawei does not cut it.

Whoa the Optimus and the huawei are nasty phones :/

The LG Optimus One was a GOOD Froyo high end entry level device back in late 2010/early 2011. By the standards now though, it wouldn’t even cut it as el cheapo, yum cha, bargain bin. In terms of sensors capability, the LG outstrips the Huawei comfortably. I urgently needed something with mini SIM support, a decent physical screen size, not locked to any network, easily rootable, with microSD capability, not crippled by TouchWiz or Sense, and cheap for a not permanent replacement device. The Huawei won out. As a long term replacement device for the LG, the Huawei will not… Read more »

Ah right, I used to have the Optimus and the thing fell apart in under 2 months, so your experiences with it must be better than mine haha

When I was deciding what Android device to buy, back in Jan/Feb 2011, I looked at the original LG GT540 Optimus and rejected it as not worth paying for.
The LG P500 Optimus One was a massively better device than the GT540.

There are a 32GB version of the Z3 tablet as well.

32GB version is not confirmed that it will be coming to Australia.
If a 32GB version does become available here, then it would be worth considering.