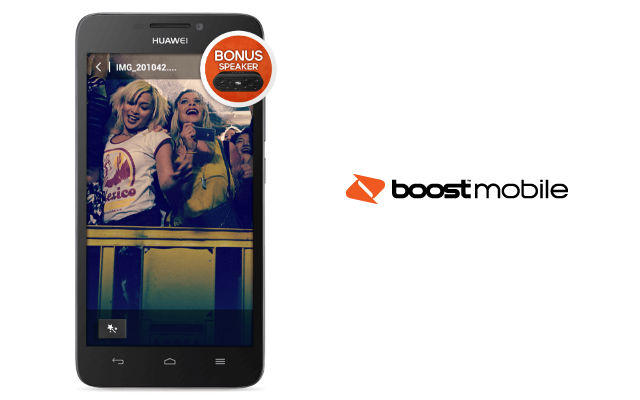 Boost Mobile has added a new phone to their pre-paid line up, adding the 3G Huawei Ascend G630 for $179.

The phone is appears to be a fairly low-circulation device with very little known about the hardware beyond what’s on the Boost Mobile website. The Huawei Mobile Australia site doesn’t list the model, but the Boost site lists the specs as :

There’s a small bonus with the Boost Mobile offer, with a Bluetooth speaker included with the handset. The price of $179, also includes a 3G SIM card, with $10 of credit, which of course, being Boost, is locked to the Telstra network.

The handset is available now from Boost’s website, as well as Boost stores and third party Boost resellers.

We had new point of sale come through yesterday for our Boost wall. However I have no stock and it’s not even in my system….

Shea – do you have the G630 in the system as per the below comment? Boost are hard to contact.

Wasn’t as of COB yesterday. Day off won’t be able to check again until Thursday. When speaking to Telstra/Boost rep she said it may just be because it was only just launched.

This is actually a typo on their part (also has incorrect aspect ratio image), it’s actually the G630 (click on Buy Now and it’s right in the checkout screen) which is also being sold by Spark in NZ and runs Android 4.3. I picked one up to play with a few days ago and have been rather impressed with the value for money at this price point but we’ll see how it holds up over the long term.

Capacitive buttons….
* GRRRRRRR! 🙁
Where’s my sledgehammer so I can smash that thing into a bazillion pieces.