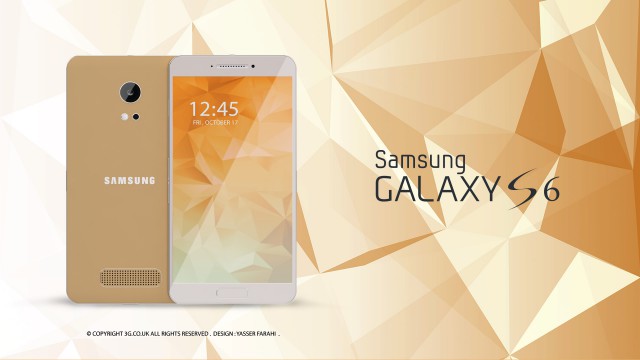 It’s been at least a week since Samsung sprung a leak, while this is something of a tongue in cheek leak. Website 3g.co.uk, have produced a concept video and some renders based on current trends in recently released Samsung phones, giving an idea of what COULD be seen next year when Samsung announce the Samsung Galaxy S6.

Based on the Galaxy Alpha line (and the recently announced A3 and A5) we can expect metal – LOTs of metal, making the chassis and overall feel of the phone more solid and the Galaxy S line overall feel more premium. Also on the cards apparently is a natural evolution of the device specs including a 64bit processor and sticking with the winning formula of Micro SD, 32GB/64GB onboard storage and a screen size slightly larger than 5 inches keeping the device a “more realistic” size for average users.

Is the one year life cycle too short now with the devices we’ve got, or are we that hungry for more that people are replacing their phones annually?

personally I think it’s a load of crap. guarantee S6 will look like this. if so then my years of being a Samsung Galaxy faithful will end. the design is all over the place. and I don’t believe the speakers will be on the back. I think they’ll either be at top an bottom or both on the underside.

PLEASE, no bigger than a 5 inch screen..

is that a speaker on the back or an air con vent ?

The style and specs sounds great. Now if only they could do these as a globally released GPE version…