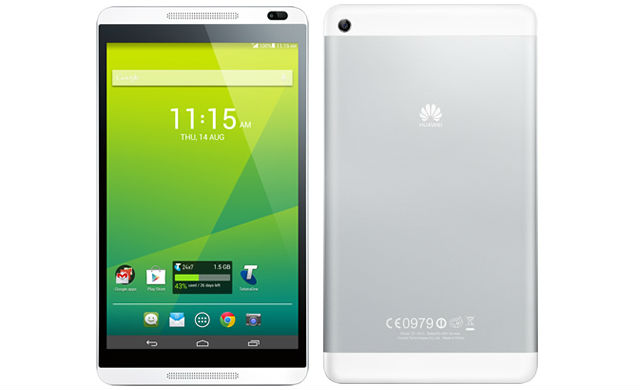 Huawei is on a bit of a roll this week, starting off with the launch of a sub-$100 4G compatible phone on Vodafone, followed by the Ascend Mate 7 launch last night. Now Telstra has just announced that they are now selling the Huawei MediaPad M1 8.0, which was launched all the way back at Mobile World Congress in February.

The Media Pad M1 8.0 is intended as a media playback device, with Dual front facing speakers, which support ‘Huawei Stereo Wide Sound’. The inclusion of a 1280×800 ‘HD’ display paired with microSD card support will let you store a number of videos on the tablet to watch when you want. It has a decent power plant with a 4800mAh battery offering up to 8 hours of video play back according to Huawei. The tablet is available now in Grey from Telstra, head on over to their website to check it out.

Any outright pricing on this device??