Swiftkey has released an update over night which addresses a particular bug bear for a number of users, as well as adding in some improvements and further language support.

The Swiftkey keyboard is fantastic, but has suffered from some lag over the last few months which has led to a number of people moving away. According to the Swiftkey Blog, the speed is back, with the keyboard now appearing and disappearing faster, and the typing more responsive. 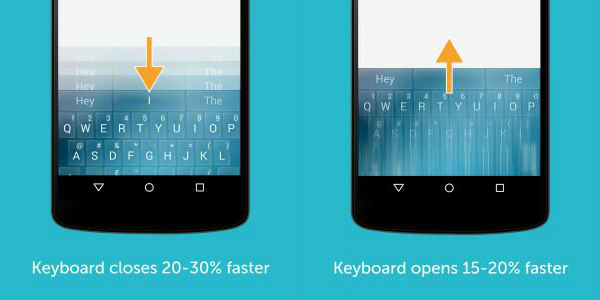 Support for additional lanugages has also been implemented, with 12 new Indian languages added. Emoji Prediction is also now supported in 14 additional languages. The full changelog for the Swiftkey update includes :

Swiftkey 5 is of course free to use after they dropped the up front cost back in June. If you’ve not used Swiftkey or want to give it another try, head over to Google Play and install it, if you’ve already got it installed, the update should be available now.

Tried the Google Keyboard after it last updated and found it much slower to type with my usage patterns.

Got the Material Dark theme for SwiftKey and stuck with that! ☺

If your phone is rooted you can get an Xposed Framework Module that will do that for you.