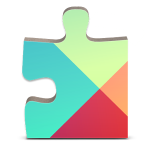 Google Play Services has received a point update to version 6.5, and it began rolling out a few days ago. The changes seem to be behind the scenes only, except for one more notable change, but one which probably won’t affect too many people.

The stock Android system update screen has received a little bit of a material makeover. While most users (running non-stock Android software) probably won’t ever see this change, Nexus users and users of some other manufacturer’s handsets probably will see this, if they ever bother to go and look. It’s one of those really minor things; most of us don’t bother looking for a software update manually through the Settings menu, because the update usually pops up fairly quickly if one is available.

As Android Police’s Liam Spradlin rightly points out, pressing the ‘check for update’ button really is a bit of a placebo; it doesn’t matter how many times you press this, your phone will actually only poll for an update once a day (even though it might tell you otherwise) to reduce impact on Google’s update servers.

If you notice something else new in Play Services 6.5, please let us know!

Ever since the update, rhe gps turns itself on sporadically. Most noticeable when I turn the screen on. Location tracking is off. Didn’t happen before. No new installs or other updates were made. Nexus 5 stock. Quite bothering. Anyone else noticed this?

I read somewhere that v6.5 adds a “Trusted Places” option to Smart Lock in Android 5.0

Yes it does. Works great!