The tech specials are starting to gear up for Christmas and Aldi is looking to capture the budget conscious consumer looking for a bargain this Christmas.

The Onix 10.1 Tablet & Onix 4″ smartphone have previously been offered by Aldi earlier this year and just in case you have forgotten here is Specs for each device. 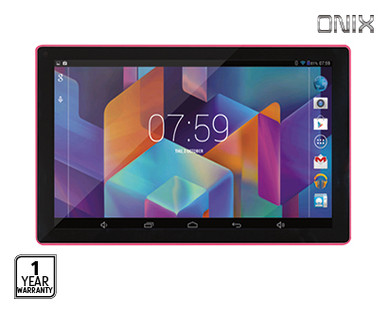 There isn’t a lot of information given spec wise, but from what we do know it is a basic tablet that offers Android 4.4 straight out of the box and does have some grunt under the hood from the spec sheet. Here is what we do know the tablet does come with:

The Onix 10.1 Tablet will come in 3 available colours – black, white and pink. The Onix 10.1 tablet is available this coming Wednesday 3 December at you local Aldi Store for $99.99. 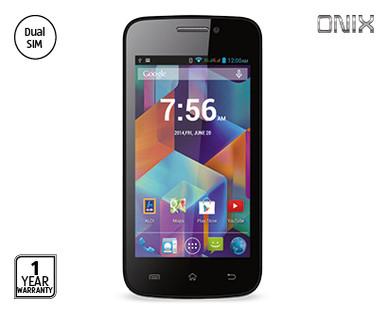 Not much is exactly known spec wise, but based on the specs its a pretty low end device. the Onix smartphone comes with:

A major selling point is that the device is unlocked and can work on any of the major 3 Telcos (i.e Optus, Telstra & Vodafone) along with MVNO’s like Boost, AldiMobile, iiNet & Dodo, just to name a few.
The Onix 4″ smartphone is available from this coming Wednesday 3 December from your local Aldi store for $99.99.

There is also a mix of mobile phone accessories which are suitable for any Android device which include AC charger, 12V car charger or a Universal Car Phone Mount. Each accessory is available $11.99 and is available alongside the Tablet Accessory pack from this Wednesday 3 December 2014.

Can someone tell me how to gelete pictures from the gallery please.

7/ Press on the first option, delete

Just wondering as I am helping a Friend, is there a Manual for the Onix Smartphone as, I have looked on the Internet and I haven’t found one.

yes, when one buys the phone, the manual should be in the box

The Aldi catalog I got in the mail claims a 1.3ghz quad core processor for the tablet. I also wonder if it has hdmi out.

has any one got the drivers for the 10.1″ tablet

You don’t need any. the tablet is designed to work out of the box.

No can you help me

Has anybody been able to buy a case for an Onyx 10.1 tablet. I’ve been to several Aldi stores but none of them have any in stock.

Does any one have a problem plugging in their headphones in the android smartphone.
Manual don’t say crap.

the 9 inch tablet that i bought from aldi’s doesn’t have a sim card slot.supposed to have one.anyone else have the same problem.

yes took the plunge today and so far so good. like all new phones it is a learning curve atm.

Has anyone been brave and taken the plunge?

Does this ONIX 10.1 tablet have the phone feature like the 9 inch ONIX tablet Aldi sold?

Where is the detail specs of this ONIX 10.1 tablet? What is the details of the cameras on the tablet? If the tablet is commencing sale on 3 Dec there is very little time to take a decision

All the detail we get, is scarce info Onix lets Aldi put in their ads.
We won’t have any Real Details till someone buys one of these, and posts that accurate info here.

The ONIX 10.1 tablet looks like those they sell in China for around $AU 60. Specifications are the same as Aldi’s. Some more specifications would be:
A33 – Quad Core Processor (4 x Cortex A7 & Mali-400MP GPU)
! GB RAM (0.8GB usable)
front/back camera 0.3 MP
battery run-time up to 4 hours
It is probably worth $100 from Aldi. Ordering from China is about $30 postage, risk of loss and can take up to 2 month.

How much RAM does this tablet have? Doesn’t seem to be listed anywhere which I find a little ominous…

Is it certain that the 10.1in tablet is running KitKat?
I thought kitKat devices had a transparent status bar.

Me
Reply to  JeniSkunk

I would guess it is jelly bean.

Well, it is going to be cheap so one can’t expect lollipop or even kitkat.

Thing is, the advertised specs for the tablet, say the tablet is running KK 4.4

Another interesting question is will the tablet only have 1GB of space for apps (including Google Apps) – like the Aldi Bauhn tablet that was recently on sale – also running KitKat, but with a weird 1GB partition that makes it useless?

$100 is pretty good. This would be great as a tablet for the grandparents