I lost a heap of weight a few years ago. I’d love to say that I used technology to help me do it, but this was prior to fitness bands and even really the rise of smartphones. As the years have gone by, I’ve gotten into connected health devices with a vengeance. Be it a Fitbit, Jawbone Up, Sony Smartband, LG Life Band and these days Android Wear with Google Fit, I want to use technology to help me stay fit and healthy, which is why when I was given the option to try a connected toothbrush from Oral-B, I jumped at the chance.

The Oral-B Black 7000 is a Bluetooth enabled toothbrush – a Bluetoothbrush if you will. The toothbrush connects to your phone and records data in an app that you can download to any Android phone from Google Play (it’s also available on iOS).

Let’s just say the Black 7000 isn’t cheap. At around $200, it’s certainly not the cheapest electric toothbrush you can buy, but then again, investing in the long-term care of your teeth is worthwhile. So is it worth it? Let’s see.

The Oral-B Black 7000 comes with a lot of hardware, starting of course with the Toothbrush itself. You also get a charger/stand, travel case, three replaceable brush heads (1x Floss Action, 1x ProWhite and 1x Sensitive) and the piece de resistance: the Oral-B Wireless SmartGuide, a wireless display to use with your toothbrush.

The Toothbrush itself is really well built. Compared to the $60 Oral-B I purchased for my wife a few years back it’s light years ahead in terms of quality, feel and heft.

The Black 7000 is certainly a little more hefty than lower-end toothbrushes, but that added heft brings some cool stuff including an array of additional sensors, as well as that Bluetooth capability – and of course, the Black 7000 is waterproof.

One of the toothbrush’s coolest tricks is letting you know when you’re actually pressing too hard. It seems for years, with a standard toothbrush I’ve been hammering at my teeth with greater gusto than necessary. The Black 7000 has cured me of that by sparking a bright red LED on the toothbrush when the in-built sensors notice you’ve applied too much pressure. The toothbrush will also slow down and adjust the head speed on the detachable brushes when it senses this – neat!

It’s not just the sensors you’re paying for, it’s also the quality – the Black 7000 feels so very premium. The body is covered in a soft-touch rubberised material which feels comfortable to hold, but seems a bit over the top considering you’re probably only going to be holding it for around 4-6 minutes per day (brush your teeth twice a day, folks). If you like nice things though, this is what you’re paying for, and if I’m paying for a premium product I like that Oral-B decided to make it feel great in the hand.

The handle of the Black 7000 has a simple back-lit power button at the top, a selector button below and finally a battery indicator at the bottom. The battery in the Black 7000 will last you over a week if for some reason you don’t charge it, although it did tend to start slowing down a little as the battery drained. The plus is that it will charge relatively quickly once you place it back on that charging stand.

The selector allows you to sync your toothbrush to your phone as well as select the various modes when using the Wireless SmartGuide. The Wireless Smartguide is a wireless display, which you use for timing, and visualising any of the seven in-built modes in the toothbrush. The Wireless Smartguide can be mounted in your bathroom using the handy mount provided. It’s pretty cool, but let’s face it – you don’t buy a Bluetooth enabled toothbrush to ignore the fact that that it connects to an app on your phone.

Let’s face it – we love apps. Be it a social media app, news, weather, music or something else, there’s an app for that. Available for free from Google Play, the Oral-B app is easy to use and has some great features. 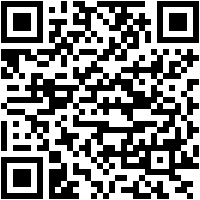 The app first and foremost connects your toothbrush and phone and from the moment you start brushing, the timer in the app starts counting you towards the 2-minute recommended brushing time. As you approach the end of your brush cycle, the app will also prompt you to clean your tongue (from the back to front), floss, and finally rinse. The app also works in concert with those sensors in the hardware and that red LED alert that lets you know you’re pressing too hard is mirrored by red highlights which show up on the timer.

Once you’ve had enough of the basics though and start exploring, you’ll find the options to set up extra care portions. If your dentist has been at you to give those molars some extra love, you can set the app up to remind you of that. It’s straight-forward to set up, and that’s really part of the appeal of using the app – the simplicity.

While it’s simple, it’s also functional. You get your timing and your extra prompts, and Oral-B has also included a side of news and weather, as well as quotes and facts with your calendar, photos and videos thrown in for good measure, which you can peruse as part of your brushing ritual. It certainly surfaced some fairly esoteric stories, so I’d like a little more personalisation, but it certainly covered the major news stories of the day.

The design of the app is definitely a straight iOS port, there’s no such thing as Material Design, or even Holo, but that said, it’s functional and it works – maybe in the future.

Whether it was my mother hounding me to brush as a kid, regular trips to the dentist or just good genes, at 36 I’ve still got all my teeth with nary a filling in sight, something I intend to maintain, and it appears that this may be the best tool for the job.

The Oral-B Black 7000 actually gives your teeth an amazingly good clean. I’ve been skeptical of electric toothbrushes for years, preferring to stick to the old manualtools rather than moving onto these new fandangled electric monstrosities. But let’s face it, the electric toothbrush has been around since the 1950s and in general use since the 60’s and 70’s so it’s not really ‘new’.

As a life-long manual cleaner, i`m impressed. The circular motion made by the brush head, as well as using the auto-modes – Daily Clean, Sensitive, Whitening, Deep Clean, Massage and Tongue Cleaner – gives you just a refreshing clean. There’s nothing like the feeling of freshly brushed teeth and using the app, I’ve also been encouraged to use mouthwash as well as add a daily floss to my routine – it’s all about the stats really.

This is the part where I generally spend time weighing up whether I want to throw my hard earned money on the product i`m reviewing, because I can’t stand to give it back. Is this the case with the Oral-B Black 7000? You better believe it. I`m sold.

I`m sold, with a but. The functionality of the Oral-B toothbrush is, while fun, still fairly rudimentary. There’s no real way to share data with, say, your dentist, or even with other health apps. In fact, there doesn’t appear to be much in the way of a concerted effort to aggregate your data and store it for future use. It’s like Oral-B created the product and aren’t quite sure of the next step.

I’d love to be able to upload this data to Google Fit, or even for Apple users into Healthkit, but there doesn’t seem to be a way to do that. Mind you, Google Fit doesn’t actually seem interested in chronicling my oral health anyway. Maybe if I brushed my teeth while running…

I’m still sold on this toothbrush anyway. There’s things in software that an update could improve (and maybe a few extra sensors in the hardware), but it’s essentially everything I want already. I guess the next step is getting another one for my wife – if only they made one in white.

Hey Dan!
Great review- just a few comments. I believe you missed the following:
-They do make a white version of the brush (released at the same time)
-The brush itself stores up to 20 brush experiences (without connecting to your phone) so that brush experience isnt lost
-You can share the data with your Dentist,and they can event set up specific brushing methods for you (focusing on certain areas etc.)

Hope this bumps up your love of the brush further!

I’ve had this brush for 6 months and wasn’t even aware that it had Bluetooth or an app. 😀