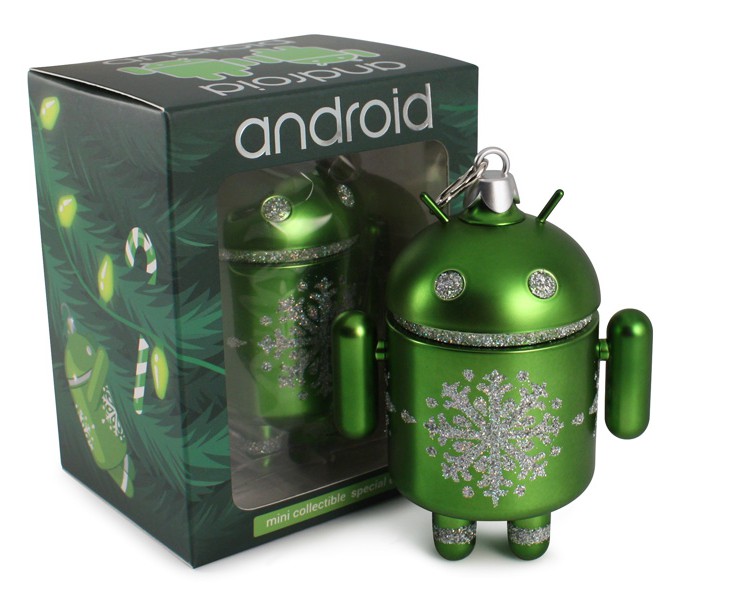 Andrew Bell, the artist behind Dead Zebra studios who make the extremely popular line of Android Mini vinyl figures, has announced that he will be following up the Red/Blue Christmas ornaments he produced last year with a Green coloured one, which will go on-sale on Monday (US time) and at the same time has teased an upcoming 5th series of his popular Android Mini series. The Android Mini Series has been immensely popular with Android collectors around the world and series 5 is coming in 2015. The fifth series has been teased in the same post, with Sk8 Cop from artist Gary Ham, the first mini to be teased from the series. We’d normally have a new series of Android Minis by this time, however production delays have held up the release, but Andrew believes the new minis should be available online and in retailers by the end of January 2015. Also shown off were two more minis from aritst Jon Paul Kaiser, who has created Sturnbrau, as well as an straight orange coloured mini for the series :

As usual the new series will feature artwork from a number of artists, including Andrew Bell himeself, Devilrobots, Gary Ham, Jon Paul Kaiser, Kong Andri, Lunabee, Reactor 88 and Scott Tolleson! Google too has pitched in with some artwork for the series, and in the lead up to the launch, we’ll see more teases, and we’ll show them off here, as well as let you know when and where you can get your hands on series 5.