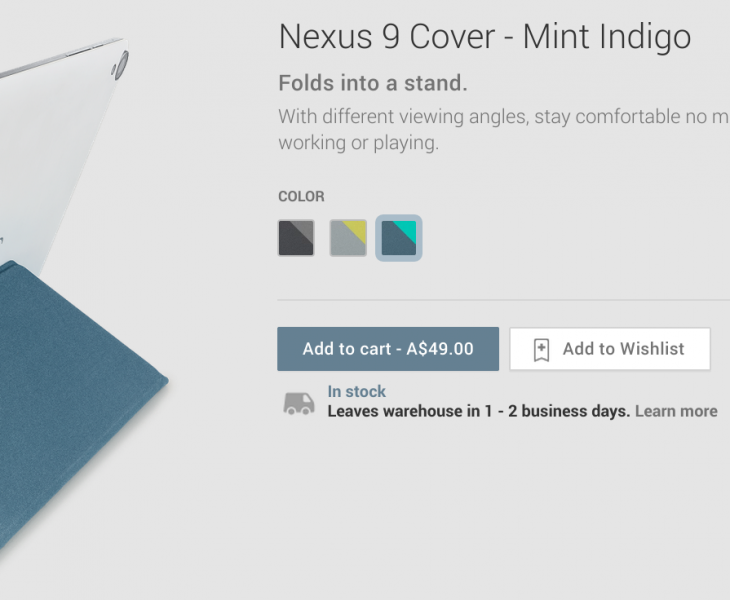 Google has finally listed the Nexus 9 Cover for sale in Google Play, over a month after they began sales on the tablet. While the Folio Keyboard case remains unlisted and hence unavailable, if you want to protect your new Nexus 9, then here’s the official cover for it.

The Nexus 9 Cover, known around the traps as a Magic Cover, or Origami cover is made of Polyurethane and comes in three colours: Mint Indigo, Lime Stone and standard Black.

The case has an ‘Origami style’ to it allowing you to fold it in to position and prop up your tablet to watch videos, or flatter to allow for typing. It can even fold a corner down to allow for quick access to the camera.

A fourth colour Coral Amethyst remains in the description, as do two other covers apparently made of leather: Black Leather and Natural Leather – but again, there’s no sign of them.

Delivery is offered in three options, depending on how fast you want to receive your cover:

Head on over to Google Play now to place your order.

Finally! This will be my Xmas present. Thanks for the notice.