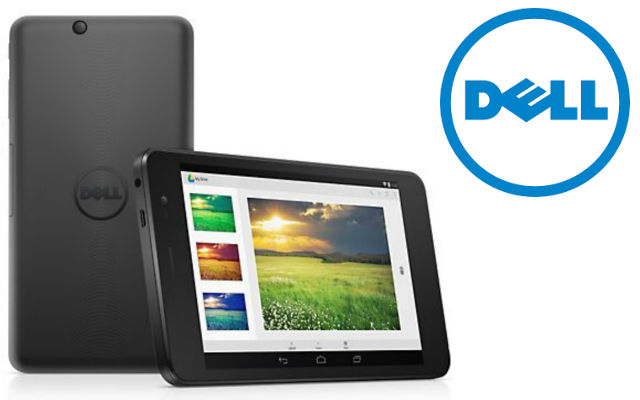 After launching the Dell Venue 8 tablet on their website back in October, Dell has released their second Android tablet, adding a 7″ model to the range. The Dell Venue 7 3000 has a neat trick up its sleeve too, with Dell offering 3G voice capabilities on the phone.

While the specs are pretty low-end, the price is also fairly low-end as well, with Dell asking just $149 for the tablet, including delivery. The Venue 7 3000 is a 7″ tablet, though the screen measures just 6.95″, but in this day and age, near enough is close enough. Full specs for the tablet includes :

The Venue 7 3000 is available now on the Dell website, with Dell offering a couple of accessories, although just as with the Dell Venue 8 tablet the Folio case is still not available.

There’s still no sign of the Dell 8 7000 tablet announced back in September, but we’re hopeful it will appear sometime in the new year.

Update:
You can grab a Dell Venue 7 3000 from JB Hifi stores or online right now as well if you’re interested.

Apparently the Dell 8 7000 will be launched at the CES convention next month.

Price is way to high for the Specs on this thing, I have Dell Venue 8 and the 1GB of Ram hurts, also little Dev Community around it, I would recommend something else over this Tab offers very little for the price. Also that screen res is awful…

I would have this one over the pendo pad or some cheap Chinese brand selling at Target, if the price is at similar range but $148… nah

KitKat, and 8GB internal storage capacity.
How to create a hardware spec insta-fail.