It’s easy to get caught up in the productivity focus of mobile devices, forgetting that they are also devices that can be used for recreation; not just a communication and productivity tool.  I was recently told of a great little short for Android that has me regularly playing games on my tablet again, called Zombie Sniper.

Fair notice that this is a freemium app, and I know that model annoys many buyers (myself included) but for the first time I’ve found one I think has really nailed it.  To this point I know I could advance faster by purchasing coins, but I certainly don’t feel disadvantaged by not doing so.

The game itself is a tried, proven and successful formula.  It has you starting with basic equipment, earning XP (experience points) and money for achieving completion of challenges and progressing through the story mode.  As you progress you find extra equipment such as TNT, grenades, land mines and rockets (to name only a few) available to you. You also have the ability to upgrade weapons with more ammunition, better sights as well as purchasing new weapons with greater abilities than your current setup. Where Zombie Sniper has me hooked is the simple, yet well delivered game play.  Aiming and control of your extra equipment is done by your left thumb and zoom of your rifle and firing is on the right.  The graphics are smooth and consistent without lag, and the game play has  given me a couple of great moments of excitement I’ve not experienced on mobile platform for some time. There’s a great range of levels to work your way through offering different challenges including speed, accuracy, reflexes and strategy. When you add this to the features the developers list on the Play Store it’s a pretty well rounded game.

If you’re a fan of Zombie games, shooters or both it’s worthwhile to grab this little gem to check it out. Aside from a few hours of your time, what have you got to lose? I chose to upgrade to the premium version (at a cost of $4.52) of the game which made it ad free but it’s not a necessity to do so in order to progress through the game. 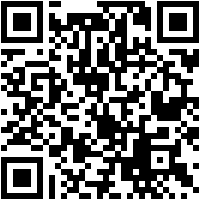 Have you come across any Freemium games that you’d recommend to others?