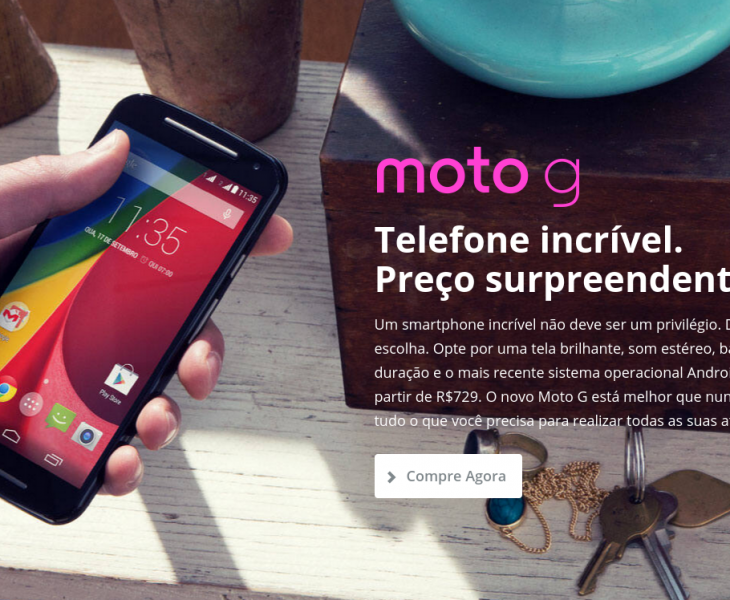 Motorola set the precedent last year, launching a 4G Variant of their mid-range Moto G handset after the 3G version had been in the market for some time. With the Moto G Gen 2, now three months old, Motorola have slipped the Moto G 4G Gen 2 into the market in Brazil, launching it quietly – or accidentally – on their Brazillian website.

The site for the Moto G 4G Gen 2, which is still visible, shows similar specs to the original Moto G Gen 2, though with a few key differences. 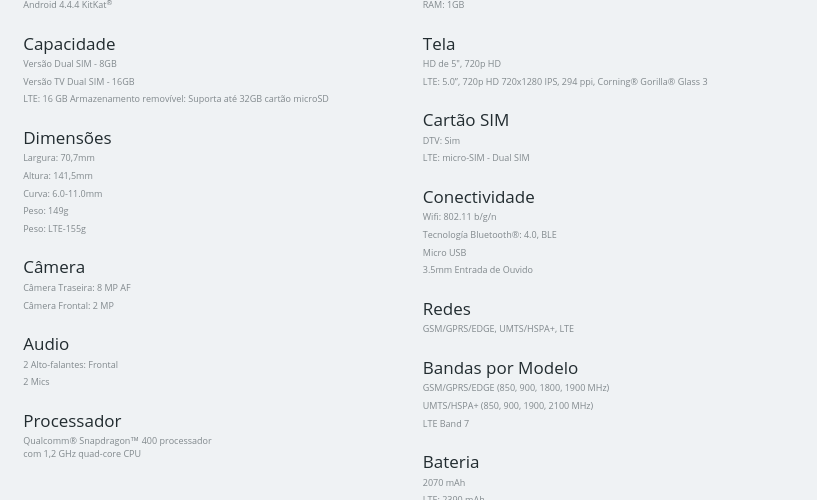 As you can see, the battery has seen a significant increase, going from 2070 mAh on the original to 2390 mAh on the LTE variant – though with no physical dimensions listed on the spec sheet, it’s hard to say whether this will smean a slightly larger chasis size. Also shown is a bump in storage to 16GB, double the current 8GB storage we’ve seen launch here in Australia – and in other countries.

Band 7 LTE included on this particular variant of the Moto G 4G Gen 2 is of course used by Optus in some of their network, but is nowhere near as widely distributed as their 1800, or even 2300MHz 4G Plus networks. We’ll most likely see a more Australian friendly model when or if Motorola launch the phone here. We’ve yet to hear from Motorola officially, but with this page now live, it seems the launch is close.

Wonder if the 700 Meg band for AU and NZ is included and has the screen resolution been improved on.??

It’s because of how slow the 2014 X, and N6 were in actually being released after being paper launched months earlier, and then actually making their snail paced way to Australia, that I made my initial comment on this article.

Jeni, I can’t recant the last positive comment you made on this site. Have you every posted anything slightly enthusiastic?