Home Mobiles LG G Flex 2 to be announced at CES 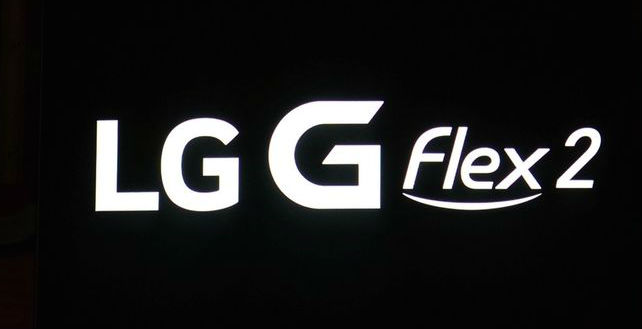 Every so often, a company brings out a new technology which can enhance, as well as further mobile phone technology, and in 2013, LG did just that with the LG G Flex. Combining a flexible Plastic O-LED screen with a self-healing material on the rear, the G Flex was actually quite a different device, and it was also quite a good phone. Now we’re about to get a sequel, with LG advertising the G Flex 2 at CES in Las Vegas.

LG hasn’t announced the phone yet, but from the looks of the sign that the Verge team found in a corridor in a Las Vegas hotel, it seems it’s certain we’re going to see it. 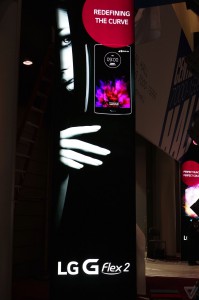 What specs the phone will have isn’t yet known, but given LG’s close relationship with Qualcomm over the last few years for their G Series phones, we expect a Snapdragon core inside. Given the name the phone will almost certainly be flexible, and we hope to see the return of the groovy self-healing back. From the looks of the lock-screen, we’ll also be seeing QuickCircle style cases.

Stay tuned guys, CES is shaping up to be awesome.

All i need is a GPE version….please