We had a Parrot announce Zik Sports earphones at CES the other day and not to be left behind Sennheiser have come out swinging today announcing four new ranges of headphones. The four ranges announced are the Momentum 2.0, the RS Line – Wireless Headphones, Sports Headphones and the Urbanite XL Wireless headphones. 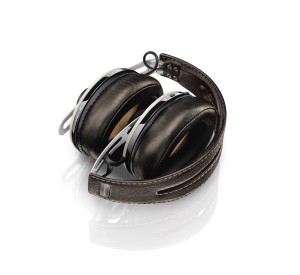 With a refresh of their successful Momentum range with the 2.0 Sennheiser have also included wireless headphones in the range for the first time. The wireless headphones include NFC for easy bluetooth pairing with an NFC-enabled mobile device. They include apt-X®codec support as well as NoiseGard™, an advanced Active Noise Cancellation technology that uses four microphones to efficiently monitor and block ambient noise. The battery life in the wireless headphones is an impressive 22hours. The RS Line is a set of wireless Hifi headphones designed for use in the home. Sennheiser use a new proprietary wireless link technology that operates on the 2.4 GHz band which offers connectivity with low latency and excellent range. The RS 165 offering up to a 30 meters range and the RS 175, RS 185 and RS 195 operate at an impressive 100 meters from the transmitter. The new RS digital wireless headphones will be available in Australia by the end of the first quarter of 2015. Expect to pay around the $399.95 retail value for the RS 165 line and up to $699.95 for the top of the line RS 195 model. 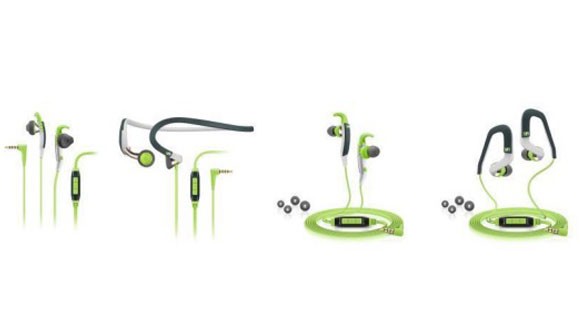 The Sports range features high-tech materials that ensure comfort, water resistance, durability and hygiene. They deliver “energizing sound with an excellent fit and significantly reduced noise from
wind or from contact with clothes”. They also include an integrated smartphone remote and microphone that allows controlling of volume, tracks and calls when exercising. The headphones promise to be able to stand up to the rugged use often associated with exercise and sports activities. 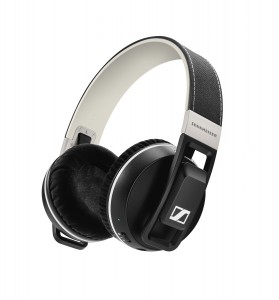 Sennheiser also announced a new wireless version of their Urbanite XL range. The new Urbanite XL wireless headphones add Bluetooth and NFC to the Urbanite formula of “cool urban style and
uncompromised sound, with massive bass and crystal clear trebles”. The Urbanite XL wireless includes support for the apt-x codec while the use of Bluetooth 4.0 allows pairing with up to eight different devices as well as simultaneous connections to two devices. With a durable build they offer up to 25 hours of playback.

The new wireless headphones go the extra mile including a touch control panel on the right ear cup that makes it possible to adjust the volume and skip to the next track by sliding a finger across the panel or tapping it. Touch controls can also be used to receive and make calls on a connected phone. Touch control is enhanced by voice prompts that provide all necessary information about the status of the headphones. There are dual microphones within the ear cups that continuously monitor ambient noise to dynamically cancel out external interference for clearer speech. The wireless Urbanite XL will retail at $499.95 when they land in Australia although a timeframe on that is unknown.

With such a large refresh of their range do any of these Sennheiser products tempt you to either upgrade your current Sennheisers or make the switch to them?