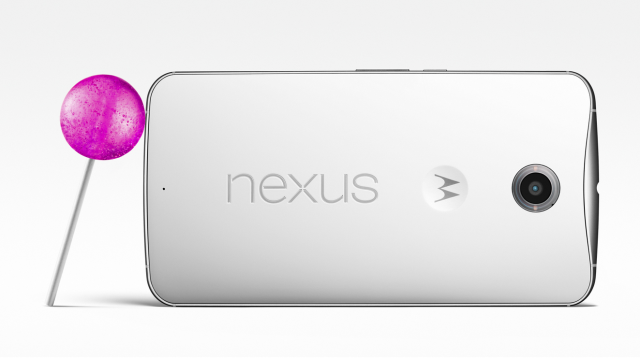 If you’ve been waiting since launch for a white Nexus 6, today could be your lucky day – if you want the 32GB model.

Eagle-eyed reader Dimitry drew our attention to the fact that the Play Store page for the Nexus 6 saw some changes this morning, with 32GB versions in both white and blue now in stock.

It’s the first time we’ve seen a white model officially on sale in Australia, and local retailers have thus far only sold the Nexus 6 in its 32GB blue denomination. This could be a sign that Motorola is finally getting a handle on the stock issues we’ve faced since the launch of the device.

It’s not all good news, though – the page also now shows “out of stock” for both blue and white 64GB models, implying that at some point this morning the phones went up – and promptly sold out. Time to start that waiting game.

Are you holding out for a 64GB Nexus 6? Is your enthusiasm for the phone – like mine – waning? Tell us in the comments!

Out of stock now..both blue and white..:(

I too am wondering about the Ausdroid push bullet notification, Dennis. We seemed to be getting multiple notifications for a while and now when it really mattered…nothing. What happened, Jason?

The page says “out of stock” not “sold out” as incorrectly described in the title. “out of stock” does not necessarily imply they ever had stock. Nitpicking, I know.

Any word on the turbo chargers release for Australia? Is it shipping yet?

The page says ‘Out of stock’ because Google have never said ‘Sold Out’ on Google Play. There WAS limited stock – I got one :P. Go back in your hole. Also, I believe Ausdroid covered the Turbo Charger release date already in this post : http://ausdroid.net/2014/12/19/australian-motorola-nexus-6-phones-will-arrive-without-turbo-charger-next-year/ “due to be delivered out around the middle of Q1 2015”.

Why don’t you write something Josh instead of ‘nitpicking’ all the time.

If you read what I said: “does not necessarily imply they never had stock”. I was careful not to state they never had stock as it was not clear from the article. Believe it or not that was an attempt to contribute. Unfortunately you haven’t taken it that way. The difference between my post and yours regardless of the way you interpreted it is I never attacked anyone.

I am aware of Ausdroids prior coverage of the turbo charger situation. Perhaps I worded my question poorly as I was seeking updated news.

What happened to the Ausdroid push bullet notification?

I bought the Nexus 6 32GB Blue a couple of days ago – love it. Except have to carry it in front jeans pockets because they’re the only ones big enough to accommodate. So fast compared to my Motorola RazrHD.

I’m about to go and buy one today from jbhifi.

My impatience for the nexus 9 lte is really starting to annoy me. A specially with the new x1 processor showing up. Waiting so long that the hardware is becoming depreciated before your eyes is depressing.

I just want to hold one in store. I’m not going to slab down a lot of money for something i haven’t held. Which places have them in store?

Check the JB HiFi website, if you select Pick-Up in store – the stores with stock appear.

The lack of stock with the N4 and N5 was a dream compared to phones like the N6 and OnePlus One. The days of having the Nexus phone available each November in Australia at launch and for a decent price are gone. The end of an era.

Any news on the availability of the turbo charger here in Australia?

None of the AU stock will have the turbo charger apparently. I’ve filled my request.

At some stage I assume the Australian stock will be delivered with the turbo charger. Surely that’s cheaper than shipping a standard charger and then mailing out the turbo charger to users.