Home News and Editorial Netflix coming to Australia on 31 March from $9.99/mo 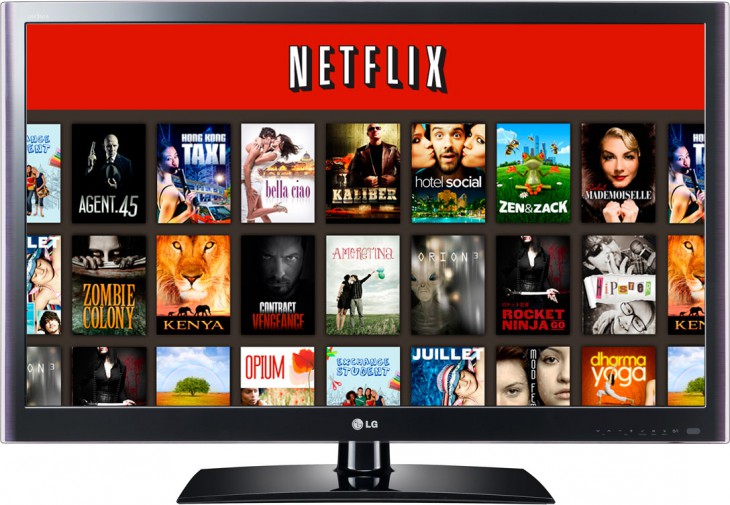 Netflix will launch its streaming video service in Australia on 31 March with a three-tier pricing system that starts at $9.99 per month, according to reports.

TechGuide.com.au is reporting that this is what has been confirmed by two un-named sources while attending CES 2015 in Las Vegas this week. Netflix were also present at CES 2015, and were apparently unwilling to confirm anything much in relation to a possible (and considered likely) Australian expansion.

Australia already has some form of access to streaming video and TV shows through services like Google Play, iTunes, Presto and Quickflix, but none likely match the popularity of Netflix which has a huge user base overseas.

Whether Netflix will be as popular here, when launched locally, remains to be seen. Lacking from an Australian launch will be popular titles such as Orange is the New Black due to existing licensing agreements (with Foxtel, in that instance) which will make any break into the Australian Market a tough one.

However, while the first twelve months may be tumultuous, once licensing agreements expire or come up for renewal, content deals could go anywhere, and Netflix may seek to capitalise on this. In promising news, Netflix spokesman Cliff Edwards told news.com.au earlier today that they looked to sign global distribution agreements with rights-holders these days, instead of individual countries and regions. Edwards also noted that if the right opportunity came up to produce Australian TV, Netflix would be interested in that, too.

Foxtel doesn’t seem to be too worried yet, or at least that’s what it’s saying. However, its actions may speak louder than words, with recent price cuts to the base Foxtel service perhaps a sign that the company wants to be as competitive as possible before a hugely popular service like Netflix debuts in Australia.

Of course, for many, Netflix won’t exactly be new. Ausdroid has had instructions on accessing Netflix anywhere for quite some time now, and while there have been recent moves to cut off the loopholes that allowed this access to occur, the lengths that people have gone to in order to receive Netflix access shows that there’s quite the demand.

Will Netflix flourish down-under, with our ageing Internet infrastructure? With no more fibre to the premises NBN on the horizon for most Australians, and promises of only “up to 25 mbps” for services in the future, the future for Netflix in Australia is anything but certain, but we wait with bated breath to see what might be coming in less than two months time.

I hope the same limiting of bandwith and limiting of speeds in the US does not occur by companies like Telstra whose invested interest is in supporting Foxtel. I could see more of a reason for ISPs to limit bandwith now.

Telstra is no better than the US companies – actually worse because Howard sold it as monopoly. AU – highest income, 12th financially 44th global in internet speed even with NBN multi tech mixup.

$10 a month sounds like a good deal making it slightly cheaper than US Netflix + Unblock Us. If the library is there I can see people moving over, otherwise it’s probably just easy to stick with what’s currently working.

I can’t help thinking that a $10 p/m deal will be missing stuff that most people want, to entice them to upgrade to a more expensive deal.

This is the problem we’ve had in the UK.

The UK Netflix offerings are very different to the US offerings.

Having a login to US/UK Netflix allows you to access either. Just change the destination of your VPN and you’ll see. I worked this out while travelling and didn’t have the VPN on, I could access Dutch Netflix while in NL and UK Netflix when in UK even though I only signed up for “USA” Netflix.

This was over 12 months ago, things may have changed

I hadn’t tried that.

TBH, by the time it’s this inconvenient, usenet + automation becomes just fine and dandy. I’ve got no problems paying for content (I’m paying similar prices either way). I’ve got massive problems with paying for an inferior product.

Are Unblock Us any good?

It’s hard to know who’s good, and who’s safe to trust … especially if you want to DL torrents also.

Unblock US are great, I’ve been using them for over 12 months, no issues. Email support is quite good too.

They have been great for Netflix and BBC iPlayer, but they are a DNS solution, not a VPN, so if you wanted to do less than legal things it wouldn’t protect your IP or anything like that.

I have fibre and I’m ready. But are the major media networks ready?

With at least a gig an hour for HD this’ll burn through data caps, never mind the speeds 🙁

Ideally they’ll be negotiating to put their own equipment in various ISP data centres and thereby have a shot at having it not count towards the quota.

This being said, you can get (Actually) unlimited internet in Australia. Personally I prefer TPG at $70 a month. However, I’ve been out of it for a while (UK, FTTN running at 120mbit, awaiting an upgrade to 152mbit with Virgin testing Docsis 3.1 which is capable of much, much more)

That FTTP was only going to be useful if it was built… Check the revisions of the rollout expectations to get an idea of how that was going. It was a fantastic idea, but the implementation was ugh.

Initial implementation might have been “ugh”. but at least people knew what the end product was going to be. Now the rollout is still “ugh” but no one has any idea what we might end up with (or if it’ll be better than the service we currently have). And Telstra still have a massive interest in the whole thing with the copper maintenance. Now that’s “ugh”.