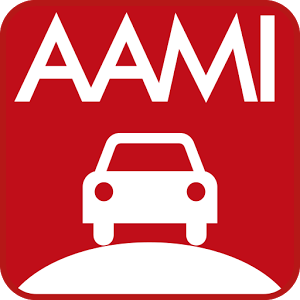 According to the Department of Infrastructure and Transport, up till November last year there were 1,185 road deaths – and even money says that some of those were caused by unsafe drivers. Insurance company AAMI has a vested interest in safe driving, not only is it good business sense to encourage safe driving but it saves lives as well. AAMI has released a new app called Safe Driver to Google Play (and iOS) which rates drivers, and for a limited time offers you the chance to win $100,000. However, people who have root access (or for iOS users, jailbroken their device) can’t play according to AAMI.

The app, which you install on your smartphone, uses GPS to detect when you’re driving and can then record speed, breaking and acceleration, as well as driver fatigue by measuring the distance and time travelled and how many breaks you take. Scores are awarded based on these records and your points are tallied on a leader board, with an overall winner at the end of March winning the $100,000 prize.

It’s an attractive offer, which AAMI has been advertising heavily on TV, but Android and iOS users who have downloaded the app and have either rooted or jailbroken their phone are finding that they aren’t able to use it. Comments from Google Play indicate that this is a deliberate decision, with the main reply to 1-star ratings for this reason :

The app isn’t currently supported on rooted/jailbroken phones, so this may be the cause of the problem you came across. -AAMI

We reached out to AAMI to find out if there was a specific reason for the ban on rooted or jailbroken phones and a AAMI spokesperson advised:

On the advice of our cybersecurity team, we decided that while (we) have a large competition running offering a significant prize, we would withhold support for jail broken or rooted phones. Once the competition ends however, we will review that position.

While a number of GPS spoofers don’t require root, it’s still understandable that with $100,000 on the line, that it’s the fairest thing to do to have a level playing field. Of course you could always use an app like ‘Rootkeeper’ or turn off root in the SuperSU to briefly hide your root access while you use the app and then re-enable it once you’re done.

At this stage, the competition is the main drawcard for using the app, so installing it once the prize is off the table may not be something a lot of people want to do. However, we’re all interested in safe driving aren’t we?

Do you have root access on your phone? Did you try to use the AAMI Safe Drier app?

The app was not found in the store. 🙁
Go to store Google websearch
Source: Google Play.
Thanks: Carsten.

I am using the app but have come across some problems. I don’t have a score yet because I have not travelled over 300k but very close. Issues – No matter how gently I break I lose stars in this area. I have never been a big break user and I believe all my stops have been gentle with deceleration starting about 100 -150 metres from a stop then roll to a stop with minimal breaking – I still get quite a few breaking infringements. Speed zones are another issue and many are wrong. Yes I have reported these but… Read more »

I used this briefly but uninstalled it. The maps were out of date. My home address was unmapped and resulted in a trip failing to record saying I had “either gone off road or taken a ferry”. My street has been there for more than 5 years. Also, speed zones were way out, resulting in a degraded score due to speeding, say 100 in an 80 zone, when I was well and truly within the correct speed. So between not recording trips and giving incorrect speeding information the app is now history. And then there is the issue of sharing… Read more »

Who in their right mind would you give their driving data to their insurance company? That’s a premium increase just waiting to happen. o.O

Hmm, doesn’t sound like those that don’t drive much could accumulate enough points to win.

Root or no root, trying to win sounds futile.

Surely the sensible way would be to allow the app to run but not allow its results to be part of the competition if the phone is rooted.
And yes, it’s a legit way to make the competition as fair as possible.
Just out of curiousity, Jenni – what is the NEED for root access, not talking desire for it but actual NEED that you are talking about?

AAMI are behaving in the standard insurance scum manner, in the exclusionist way they are running this conpetition.

Anyone who NEEDS root access on their Android devices is locked out of this conpetition.

Access to the competition is a privilege and not a right, Jeni. They can exclude anybody they want, for any reason they want, with no justification other than “just because”.

You’re in the <1% of people in Australia who 'NEED' root access to their device.

Best you shut up and deal with it, like anyone else in the <1% of anything should.

Yeah yeah Jeni, flogging that dead horse again. Once again we say if you can’t say something positive then shut your face. Everyone sucks, nothing is good enough… in the end Jeni all your moaning amounts to nothing.