If, like a number of us, you enjoyed using Falcon Pro then get ready to be happy all over again – it’s back! Version 3 of the little Twitter client that could has just hit Google Play.

Falcon Pro client hit the Twitter token limit not once, not twice but three times and despite desperate pleas to Twitter (ignored or unheard – depending who you speak to) was not allowed to have an increased token limit. The client went free after doing battle with Twitter for a time, and allowed users to enter their own app ID to circumvent token limits.

Developer Joaquim Verges has done a great job embracing Material Design in the new version of the app, and from the brief time I’ve spent with it so far, I have to say it’s very good!

All this goodness comes at a price, though. With a 100,000 token ceiling, the app needs to be priced accordingly to compensate Verges for his hard work. With that in mind, Falcon Pro 3 introduces a per-account price, with an asking price of US$3.99 (AU$4.90) for the first account and US$1.99 for each subsequent account added to the app from there on.

The Twitter app landscape has changed since Falcon Pro’s exit from the scene. With a number of maturing Twitter clients out there now, the prospect of paying for a client might deter some users. However, it’s also likely to ensure that tokens remain available for active users of the app. Your mileage may vary, and it’s up to you.

Will you jump over to Falcon Pro 3, or do you have another Twitter client that you’re satisfied with? Tell us in the comments! 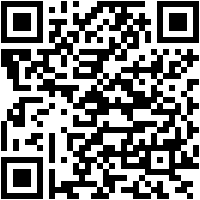 1.0.3 Is out today with a heap of inclusions and fixes. Including Direct Messages!! 😀

I’ve been using Plume for as long as I can remember. It still works, although I have a few issues at the moment with TweetMarker positions not working. I paid for Pro a while back, because I like column views.

Falcon is my twitter app on my tablet and I’m sure I’ll move over to the new app in time but I find it incredible that he’s released it as some kind of demo-ware that you can’t actually link to your account.

I’ve not looked to see but I’m also wondering if the new version will keep allowing me to use my custom twitter keys.

I think the idea of the in app purchases is to avoid that issue.

Happy to pay for it, and I did! KUTGW

Looks great.. was a huge fan of Falcon with it’s first release.. but i’ve gotten quite use to plume now, and like the facebook integration too. Not sure I’ll give it up.

Fair enough…
I try to avoid Facebook, so integration for me with them isn’t a motivator. But for ease, I can see why you’d stay

Paid in a heartbeat.

Hrm, I saw the announcement on Falcon’s Twitter account which noted that DMs and Settings are scheduled for the first update. No such info on the Google Play page.

Some people rightly disappointed at that – hope it doesn’t burn
Joaquim in the long run.

Hopefully he can manage to ignore the low reviews due to Twitter token issue,and push on to really finish this version. For now, I’m sticking with Falcon Pro 2, though.