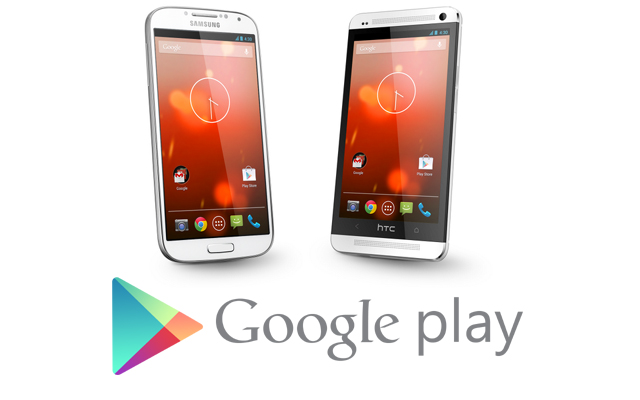 I remember when the Google Play Edition program was announced back in mid-2013, and we all thought it was a pretty good thing. Popular, top-shelf hardware but with a plain vanilla version of Android, ripe for the enjoyment and the hacking. Well, it didn’t take long for the disappointment to grow, as, with most things, the Google Play Edition program was largely for the US market only. We did get some access to these phones in Australia via grey importers, but that really wasn’t the same thing.

One of the last two (and incidentally one of the first two) GPE handsets, the Samsung Galaxy S4 GPE, has quietly disappeared from the US Play Store in recent days. It joins a long list of former GPE devices once available for sale, including the HTC One (M7), Sony Xperia Z Ultra, Moto G, and LG G Pad 8.3.

Now there’s one last contender; HTC’s One (M8) GPE, and the likely reality is that will soon disappear as well. The Galaxy S4 is approaching two years old in the next couple of months, and the HTC One (M8) will be one soon. When lined up against the Nexus 5 (which is ageing a little) and the much newer Nexus 6 and Nexus 9, the GPE devices really just don’t seem as appealing anymore, so it makes sense that they start to fade away.

And just yesterday I loaded the ‘GPE’ ROM onto my wife’s GS4.

It’s good for Google to simplify its product line. Especially to remove GPE program without shipping outside of US.

Google deserve to be booted up the butt, hard, for keeping GPE US only and booted hard again for killing off GPE without attempting to allow it to be made legitimately available globally.
Yet another GoodIdea has died on the vine due to Google’s UScentric crappytude.

I wish he would shut up
Reply to  JeniSkunk

Do you think perhaps they ended it because it wasn’t profitable? Just a thought….

It never had a chance to be profitable as it never got even minor amounts of advertising in mainstream US. That was the third failing Google managed with GPE.
The first failing was making all the devices in the GPE range be US only.
The second failing was not making GPE ROMs be legitimately available globally.

Come on Jeni, think about it… If it was available in Australia you would be complaining that its too expensive and you can’t afford it.

TBM, GPE never got a chance to become mainstream popular like Nexus. Mainstream flagship devices come down in price over time. I don’t disagree at all that I wouldn’t have been able to afford them new at launch. 6 to 12 months after release, they come down in price to something sane, from their stratospheric launch prices. 18 months of using vanilla JB 4.1.2 on my Aldi Bauhn tablet, makes me regularly want to smash my Huawei Y320 for the way Huawei has mangled JB 4.2.2. Should I have to accept similar mangling on a major mainstream device? My opinion… Read more »

Jeni I just read your comments on Motorola G 4G 2nd Gen complaining that by the time it gets hear the 3rd gen will be close and you will not be interested. You are not interested due to budget constraints typically. You can’t have it both ways. You must lead a pretty miserable life as all you seem to do is complain. Not happy with IOS. Not happy with Android. It’s pretty disheartening reading your comments all the time. Perhaps consider the old adage. If you have nothing constructive to say don’t say anything at all. Pleading for the silent… Read more »

Damien, I had made that comment, based on what happened with the first and second gen Moto X/G series.

That the announcement of there being a replacement/update series already in the pipeline, being made by Moto, before Moto confirmed that the first gen X would actually be allowed to come to Australia.

That whilst Moto were faster in confirming that we would get the second gen X and G, it’s taking ages for stocks of the second gen X to get here, and again all we get is the bottom spec model.

Jeni you won’t listen or learn.

This is mean but you are a sad lonely man in a dress and it is time you gave it a rest.

Jeni, try this for us… Next time you make a comment say something positive! You might actually gain some credibility from this community.

I Don’t care as long as there is a new Nexus 5 coming with much more narrow bezels, Better camera, Slimmer, lighter and water resistant. Am i asking too much google :p

So, a Sony Nexus 5? I’m in for that, in fact I would love that. Sony z4 as a Nexus, I bet you the camera wouldn’t be as good, Sony has that secret sauce.

NO way…..never a sony nexus… as my first priority is smaller bezels and a good screen.

I don’t agree on the ripe for hacking bit.. It is exactly the same as a normal unit.

Nope. All devices that have a GPE variant have unlocked or unlockable bootloaders.

The GPE devices were for the US market where it’s a different situation, eg. the Verizon and AT&T Galaxy S4 variants were locked for example.

You can’t a get GPE on Verizon and fairly sure CM and other roms are flashable on both devices.

Both devices have a lot of non free firmware and still messy kernel source with no extra source code.

Read the first paragraph of the article – it is referring to the hype when the GPE program was announced, which was May 15. At that time the hottest Android phone in the US was the AT&T Galaxy S4 which had been shipping for a couple of weeks with a locked bootloader. It’s perfectly reasonable to say that people were excited by a variant that ran vanilla Android and had a bootloader you could easily unlock using fastboot. Exploits are nearly always found to unlock bootloaders on locked phones but I don’t see anything wrong with saying that a phone… Read more »