Home Mobiles Some users reporting issues with the battery cover separating from the body... 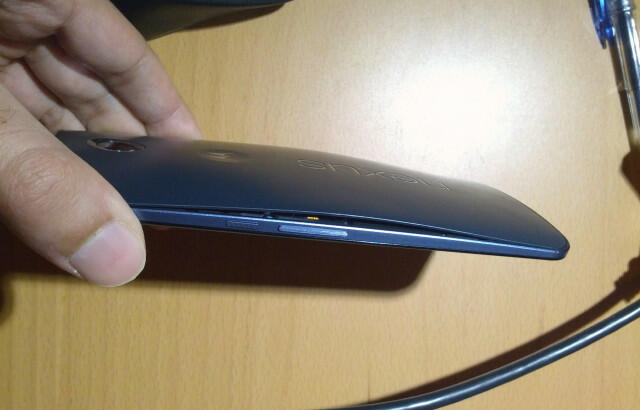 With the Nexus 6 only just beginning to reach retailers in decent quantities, it seems that Motorola is having a few issues with build quality. A number of Nexus 6 owners have been reporting issues with the battery cover separating from the back of the phone.

According to Phandroid who put the pieces together, this is an issue that appears to be fairly wide spread. Reports have surfaced on reddit, Twitter and Google+, with some users reporting issues straight out of the box, while others are seeing the separation occur over several weeks of use.

For their part, Motorola in the US has acknowledged the issue, replying to a tweet from a user experiencing the issue that they have been seeing ‘a few’.

@ChrisCannon396 We're seeing a few — bad luck to get two! Do you need help getting this one replaced?

Phandroid also reports that issues with separation have plagued other recent Motorola handsets such as the Motorola Droid Turbo, as well as the Moto X 2014.

We’ve yet to see reports in Australia of this issue, but we’re keen to hear from you if you have had this happen to your Moto X 2014 or Nexus 6.

Yeah, I have the same issue like this. But not so exaggerated as the post. I bought from Google Play. Will contact Google Play to get one replaced.

I just bought one on Friday, not the best news to hear. Here’s hoping it won’t end up like this.

Can start to see this happening near the side buttons on my N6, purchased at JB, been in a case since day 2 : (

…that’s why you buy locally!

Given price points vs build quality. Stock issues. Software stability issues for Lollipop even worse than previous iterations this will set back the Nexus program quite a lot. It also has a negative impact on the Android ecosystem in general. I think given the maturity of the product maybe it’s time to decouple Nexus releases from yearly Android upgrades and ensure absolute software and hardware stability before launch.

Yes N6 we have was doing this out of the box. Seems to be dodgy glueing – press down to stick it again… Until it pops back out anyway.

Yes N6 we have was doing this out of the box. Seems to be dodgy glueing – press down to stick it again… Until it pops back out anyway.