Home Mobiles Android OS and Updates LG to begin rollout of Android 5.0 to G3 handsets from this... 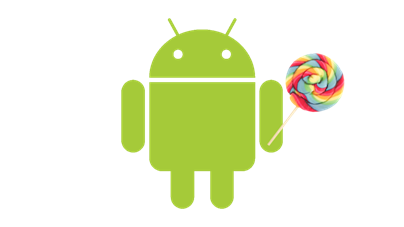 While owners of the LG G3 in other countries have seen the rollout of Android 5.0 for the G3 begin, Australian owners have been patiently waiting. But that patience has paid off with LG advising that the Lollipop update will begin rolling out this Friday.

The update will begin arriving for G3 owners who purchased the retail version of the handset outright, while owners of carrier branded handsets will have to wait for their respective carriers testing processes to be completed. The testing phase allows carriers to ensure that the software is without issues, including that they are capable of making emergency calls and LG expects this to be completed before the end of Feburary.

The status of the update differs on all three Australian carriers according to their respective updates page. Vodafone advises that they are ‘Awaiting software for testing’, Telstra lists the status of the update as ‘A new FW submission is required due to LG-identified issues. Dates TBC.’, while Optus has no information on the Android 5.0 update.

The Lollipop update will bring the new Material Design UI that Google is introducing across all their platforms with a touch of LG. The update also includes improved notifications and security improvements such as device encryption, trusted Bluetooth devices and more. This update also introduces the ART runtime that Google began experimenting with in Kitkat but brought to the mainstream in Android 5.0, LG says ART will make the G3 ‘quicker, more agile and more intuitive’.

To check if your Lollipop update has arrived on Friday, go to Settings > ‘General Tab > Scroll down and select ‘About Phone’ > ‘Update Centre’ > and select ‘Software Updates’. Due to the size of the update, LG recommends you connect to Wi-Fi, and as usual make sure your phone is fully charged or plugged into power before you start.

This update represents one of the first Lollipop updates for ‘big name’ devices in Australia, so we heartily congratulate LG on this feat, and we can’t wait for more.

The Flashlight is missing from the quick settings on Optus OTA Lollipop.

Not a happy Jan.

Past 12 am here in Aus and still patiently waiting for the Lollipop update with Telstra, although Telstra has bad habits of going way past scheduled update times, but I’m crossing my fingers!

what about Sammy’s update for S. The S6 will be out in a couple of months. looks like I might go for LG next time. no happy

My G3 is optus branded from virgin and I got the update nearly 2 weeks ago. Not sure what is going on with LGs update and PR processes. If you’re not seeing it OTA plug your phone into your pc and try through go the LG PC suite and it will almost definitely be there ready to go

Bought my G3 from DWI 2 weeks ago and I got the 5.0 UPDATE the day I got it.
Lollipop looks fantastic and it runs really smoothly. Installed a lot of Google apps like Messenger to get rid of LG`s sluggish options.
Battery life seems to be worse than the G3 I had back in October though. Which was through vodafone.

Swapped that for an iPhone 6 and bought a G3 with 3gb ram and 32gb storage instead.

The guy I sit next to at work got his from Kogan, the update landed late last week.

I bought mine from Kogan too and the update arrived 2 weeks ago.

Happy with the update so far. Battery life has been better than 4.4.2 for me.

Hopefully they fixed the bug where alarms don’t go off anymore. My D855 version still hasn’t been patched.

I gave up on the LG alarm a long time ago when using my Optimus G. I’ve been using Timely ever since and it’s never let me down.

Nightmare … there goes my confidence in Timely!

So if people bought their G3 overseas (a grey import like from DWI), they would have received the update already, but those that purchased outright from somewhere like JB Hi-Fi won’t receive it until after Friday? What about handsets from Kogan?

I have a G3 from DWI and still haven’t received the update. That said, it’s on an Optus plan and I’m wondering if it means I get it on their schedule.