I love this time of year; leading into MWC 2015 (or Mobile World Congress) rumours, rumours, rumours… and we’re trying to raise enough funds to send our Managing Editor, Dan Tyson over!

For Samsung, rumours come thick and fast about upcoming flagship phones. One rumour that will particularly please a lot of users is that Touchwiz may be toned back to something that enhances the user experience, rather than dictates it.

Among all the rumours you’ll get some media outlets/techno junkies who will compile the list of rumoured or known features that the manufacturer has released about an upcoming phone and put together a render of what we might see from a new device that’s just appearing on the horizon.

This time it’s the turn of the Samsung Galaxy S6. BGR have compiled the list of specs that are out there about the upcoming Galaxy S6 (below) and claim to have genuine photos of the device; but aren’t able to publish them as yet due for obvious reasons! They have however, given us a list of specs of the device which are all quite plausible and hopefully (if the price is right) lead to another monster sales record beating device for Samsung. 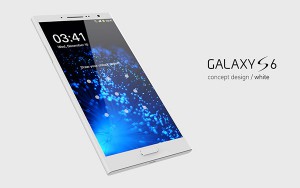 While the image above is just a render, there’s enough truths in the supplied specs for it to be quite accurate and if it is I’ll be in the queue to get my hands on one because to me, it looks very nice.

What do you need to see from Samsung in the Galaxy S6, for the device to be on your must have list of phones for 2015?

Looking at the right side of the display in that render, does it look as though the display has no right side bezel?
Does this mean the S6 might have Samsung Edge technology?

…then again, its needed to run a Samsung blote phone properly…