After the very public stoush between Cyanogen Inc and OnePlus and given rumours that Microsoft was considering investing in Cyanogen Inc, OnePlus yesterday announced that they will be introducing their own OS on February 12th.

According to OnePlus the new OS, OxygenOS, will be “free from any bloatware or unnecessary features” but that’s as much as the company has stated with its blog post. Previously OnePlus have produced a pure AOSP rom for the OnePlus that was a good start, albeit slightly buggy. There is no reason they can’t fork CyanogenMod and create their own ROM from that. They may not be able to include many, if any, of the enhancements that separated CM11S from CM11 but that depends on the copyright deals they signed with Cyanogen Inc. Details of OxygenOS are very sparse at this stage but we would expect a very basic AOSP-based ROM with a few enhancements. As long as they maintain the relationship with the developer community I can see it being successful.

Of course as stated, this comes off the argument with Cyanogen Inc over their partnership with MicroMax India as the sole OS provider within the country, meaning OnePlus would only be able to launch the colorOS which is borrowed from its big brother (or sister), Oppo. Since then the saga has seen shots fired back and forth in the public arena. 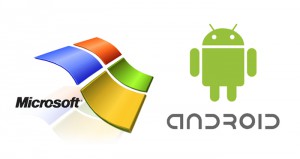 Of course we all heard yesterday that Microsoft intends on investing $70 million in Cyanogen Inc, possibly encouraging Cyanogen Inc to continue with their plans to “take Android away from Google”. It will be interesting to see how this plays out because let’s face it, most people love the entire Google apps interaction and environment. Those without it have failed to fire in the western world, ala Amazon and their foray into the phone world. Maybe we will see a Microsoft phone running CyanogenMod but including Bing as default search and all of the Microsoft apps to replace the Google ones. The Play store is the big sticking point that they will have to overcome.

It seems that this OnePlus and Cyanogen Inc saga just won’t end. We have also learnt that OnePlus have removed the Cyanogen branding from the back of their phones, further displaying the acrimonious relationship between the two companies. Their comment on this was:

As OnePlus continues to grow and plant its flag worldwide, we’ve also decided to unify and conquer. As such, we have recently altered the back covers of all OnePlus Ones to feature a cleaner and more unified look across all region.

While they may have removed the Cyanogen Inc logo from the back cover the phone still ships with CyanogenMod and I would expect it to continue it to do so until OxygenOS is bug free and ready for prime time which could be months away. Of course the open source side of CyanogenMod will continue to support the OnePlus, as they do many other phones.

With rumours of the OnePlus Two (aka Lettuce) starting to surface expect this OnePlus/Cyanogen Inc to keep on bubbling along. Stay tuned for more drama, as we said a month or two ago, settle in and grab the popcorn.

Would you trust either of these companies again after all this has played out so publicly?

I just want to share. I got my OnePlus One last August 2014 from Yatango and it is already without CyanogenMod logo at the back. Although it was running CyanogenMod ROM kitkat 4.4.3 at the time i first boot it.
All the being said, that means this story about CyanogenMod splitting with OnePlus hd started way before it was publicly announced.

I’m pretty sure the Yatango OPO’s were Chinese version with Color OS and they just flashed CyanogenMod on them. Hence no Cyanmod logo on the phone.

I’d be more likely to trust OnePlus than Cyanogen. I got exactly what I wanted in terms of the actual device from OnePlus (sounds like I might have been lucky though) I was always a bit “meh” about the Cyanogen ROM inasmuch as it wasn’t one of the features that made me buy the phone – not much into theming I guess. I’ve tried a few ROMs. Right now on a very stock AOSP lollipop. I’ll be trying Oxygen

Cyanogen are a bunch of idiots and now this crap about wanting to take android away from google. How about they make a OS from the ground up instead of using googles work and then making claims!

If OnePlus has a near stock ROM then I’ll be jumping over!