Home (Legacy - Do not use) Design Nexus 6 – Review 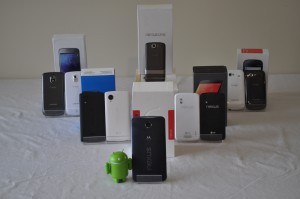 Nexus Phones can now be brought online only at

A small warning for all, this morning I dropped my N5 whilst riding the pushbike, #[email protected]%$ so angry and of course it was run over multiple times. Anyway had to buy a new phone so N6 it was as it would be too long before the N5 2015 comes out. Upon applying for the turbo charger, yes still old stock around, I was informed by Motorola that the phone only has a 12 month warranty, a call to another person said the same thing till I found the 2 warranty cards in the box stating 24 months. So anyway be… Read more »

Buy the Nexus 6 right for a huge discount only at (NexusPhone Deals:com)

Harvey Norman also stock these now. the Richmond store has about 20 in stock, i walked in and got one with no issues. $879 for the 32GB model

Funny you had a camera issue, so did I. Camera would only open as front facing. No issues so far with my replacement phone. Unlocked bootloader and rooted within the first couple days and been running custom ROMs and kernels since. Love this phone. Also picked up a couple slim cases to help with grip… minimal protection but not much added bulk. Tempered glass and I’m set..

You said this is hard to get, i found one available in two minutes from the Google play store, just have to look.

Thanks Scott for the in-depth review. Even though I have already purchased my Nexus 6 (from JB Hifi in Doncaster), I always love hearing other people’s opinions and it’s nice to know that I’m not the only one having some of the problems that have plagued the Nexus 6. The memory leak one (with the closed apps showing up in the recents app area) is the thing that has annoyed me about the device the most and I know it will be fixed is a software update but it still gets on my nerve (must be OCD haha). It amazes… Read more »

Great review as always; thanks Ausdroid! My experience with the Nexus 6 has been really positive so far; I’ve had mine for over a month now. One thing I’m really surprised not to read more about, is issues with the sound. The speakers themselves are amazing (WAAAAAY better than my old Nexus 5!), but Google has implemented some really off equalizer settings. A lot of the sounds (including ringtones, notifications, loud speaker phone calls) fade in. I can’t tell you how notifications I’ve had where the phone has made no sound at all… it’s really frustrating. I could imagine it… Read more »

Is that like the Android 5 “feature” of defaulting back to mobile data when your wifi connection internet speed isn’t fast enough or maybe down. No matter that you may want to access resources on your network Lollipop decides it will make the change and you have no say.

It is fun when you can’t control your lights, Kodi, music etc because the ISP is down and Android has killed your wifi connection.

great review very accurate based on my experience a few weeks into N6. don’t find it at all big actually small given before that was on Z Ultra preceded by Note2 and Galaxy Nexus. Pity about camera tho HDR mode and Manual Camera app for motion shots better!

The most comprehensive and true review of Nexus 6, I have read till date…

The 64GB was available. I have on in my hands now. Purchased it from the Google Play Store 2 weeks ago.

Hey Scott, good job on the review. Apologies if I missed this above, but have you experimented with the Double tap to wake functionality?

I’ve had the Nexus 6 for over a month now (purchased from JB Hifi, QLD), and it doens’t have this feature. You can, root the device and get it working (and the LED notifcation light too!), but I haven’t used it.

Yes I have and it is awesome. Along with the led light. Why google didn’t add double tap to wake I don’t know.

How is Turbo charging a “pro” when none of the AU models shipped with the turbo charger?

It’s a pro because it will be here soon and the ability to get 6hrs extra use from only 15min or charging cannot be anything but a pro imo. I also ordered one from Amazon that will be here in a day or 2.

You can order one free from Motorola within 6 months of purchase.

IIRC that was actually mentioned in the most recent, or the one prior, of the Ausdroid Podcasts.

The problem isn’t the phone having the turbo charge capability.
It’s that the chargers themselves are not yet being made to AU electricity standards.
So as soon as the chargers are made to suit AU power standards, turbo charging will work on any existing AU bought N6.