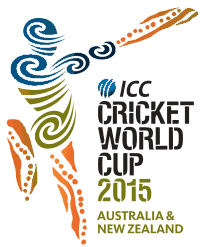 On the tail end of the Australian cricket season, the International Cricket Council (ICC) Cricket World Cup 2015 will run from the 14th of February through to the 29th of March at venues across Australia and New Zealand. The ICC has released their Android app in time for the event for Android (and iOS) and you can download it now.

The app is quite feature packed, offering full coverage of the event with a number of features allowing you to follow all the action on the go. Feature wise, the Google Play listing advises the app includes :

The app is available to a range of devices running Android 4.0 and upwards. There’s a nice tablet layout to enjoy all the official video highlights of the event at your leisure. The app has gathered a 4.5 star rating since its release on the 28th of January, with between 10,000 – 50,000 installs.
Phone layout:

To download the app for free, head on over to Google Play now.