Home Mobiles Android OS and Updates Android 5.1 appears in our logs and on Indonesian Android One phones,... 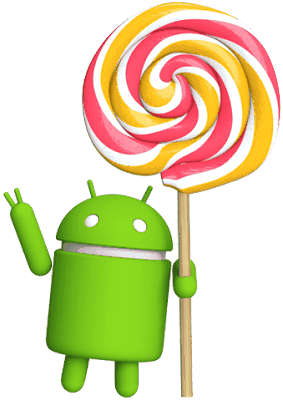 Get excited folks, we’ve got another tasty treat coming our way from the Google candy factory. Android Police reports that Indonesian Android One devices, released earlier today, have been confirmed to be running Android 5.1 out of the box. 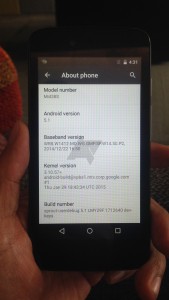 Android Police did some digging through their server logs and discovered a few reports of LMYxx builds. We’ve done the same and uncovered a few more:

What’s interesting here is that some of the build numbers have a different format – they’re missing the trailing letter, perhaps indicating internal builds.

Digging further through our logs, we’ve found these Android 5.1 builds going back more about 10 days (sorry guys, we just weren’t looking), from nearly 100 unique IP addresses – some of which are undeniably Google’s own offices. Many of the other IPs are from US ISPs, but we’ve also spotted a few Australian IPs in there.

There’s not much information to suggest when this 5.1 update will be released to the world, much less when it’ll roll out to Nexus devices. Google has pulled this particular rabbit out of the proverbial hat pretty fast, so it may not be long before we start seeing OTAs, factory images and so on.

In regards to Lollipop problems, I don’t see what everyone is whining about. I updated my Nexus 4 and Nexus 7 2013 to Lollipop, and did a factory reset on both (as I am used to doing whenever a major Android update comes through) and both devices are running perfectly. I’m already really happy with Lollipop, so v5.1 will be a bonus!

I have factory reset my nexus 5 a few times and it’s mate no difference. The device is still very buggy and slow

My Nexus 5 is definitely slower since I installed Lollipop, but still acceptable.

In contrast, my Nexus 7 (2012) is essentially now a paperweight, as the software updates have rendered it so slow as to be entirely unusable.

You are getting the guys running the latest version of Android visiting your site? From Google HQ?

That’s what the logs are telling us. We’ve seen it before.

Just seems a bit strange that Google employees would be visiting an Australian based Android news site. I guess they are either keeping tabs on what’s being reported or they know you capture this data and are teasing.

Why ? I would be worried if they were not reading Ausdroid.
These days we have a thing called Google search engine, it will return results from all over the place and all you need to do is click on a link. Funny hey

Some parts of Android are developed in Australia.

Could you sound any more condescending? I’d be downright surprised if Google didn’t have employees reading sites in each country they’re in, and Ausdroid IS the biggest Android site in Australia.

Darren, Ausdroid is one of the biggest news sites in Australia that reports on Android. If you search for Android in Australia, we’re in the top 5 results. Our content is also picked up and syndicated by Google News. On top of all that, we know that Google employees do read Ausdroid and do notice what we write (particularly if its pertinent to what they’re working on). We know this without reading log files — believe it or not, we actually know and talk to Googlers, formally (as Ausdroid) and informally (we have friends who work there). Is it that… Read more »

Thanks for that. I was just surprised that people who develop Android and are running the latest version would be looking for news about it – surely they would know more. Not trying to put you guys down or anything – your site is great and I don’t bother reading any other Android sites.

Also didn’t know Australia had a hand in developing Android. Good to know there’s a bit of local programming in my phone 🙂

Don’t be surprised if people at Google don’t know all there is to know; they’re not omnipotent, and we do sometimes report things they may not be aware of (e.g. app updates, rumours, leaks, etc) 🙂

I’m more concerned with the Nexus Player. If this update doesn’t bring new functionality Android TV is heading down the same path as Google TV.

I think many people (me included) don’t really GET what the Nexus Player does (over, say, a Chromecast)?

I’m the opposite. I love the Nexus Player. Works so well for netflix, etc. having all the apps there on the device is much easier than chromecasting it. And the games are pretty good too (although it could have done with a better processor and more memory)

So, does the Nexus Player basically give you a full Android experience on your TV (i.e. making it like a giant tablet with no touch input)? Or is that not quite right?

I’m just hoping for a stable version of lollipop

5.0 was chucked together in a hurry.

Try something for parttime, easy & value for time then here is definetly more valuable for all, JUST COPY & OPEN to see how ☛☛☛☛☛☛☛ BIT.LY/1LL9wPx ➨➨➨➨➨➨➨ Just go through & Be Happy.

Can we just take a moment to recognise what a monumental screwup lollipop has been? * They put out a preview version many months ahead of the actual release, yet still deliver one of the most buggy OS in mobile history. * Even with the preview versions etc., the manufacturers have been no faster making lollipop available – its still less than 1% IIRC. * We are 4 months later, and we still don’t have a OS version out there that’s ‘release’ quality – even after 3-4 point releases. * And as for the actual OS, it doesn’t seem to… Read more »

Get over yourself. Stop making sweeping statements for other people when you are wrong. It hasn’t bee great but 5 is good with loads of great features that I use all the time.

I’d suggest you take your own advice – it’s virtually impossible to name one decent new capability (best I can do is geofence/wear unlock), but anyone can name many screwups – most of which would have been avoided if google had listened to what they were told.

i have to disagree with you Fred re the UI. I love the new look, as do many others. It certainly does not look mickey mouse to me nor does it assault my senses.

Still not sure exactly what is so bad about it. there are teething issues wrt memory management and the occasional lag but I have LP on every single one of my devices and I love it.

What were you expecting that is missing? What about it specifically do you hate?

again with the sweeping statements. speak for yourself please.
I love the new UI and features just wish the memory leak was fixed.

TBH Lollypop has not been buggy on my Moto X Gen 2.
And the new features that have been implemented such as Torch and Rotation in quick toggles are long overdue for Stock Android!

As for the UI…. FINALLY Android’s interface doesn’t look like Apples poor cousin!

That’s my take, others may object but I’m not going to make the judgement for them I’ll let them be the judge.