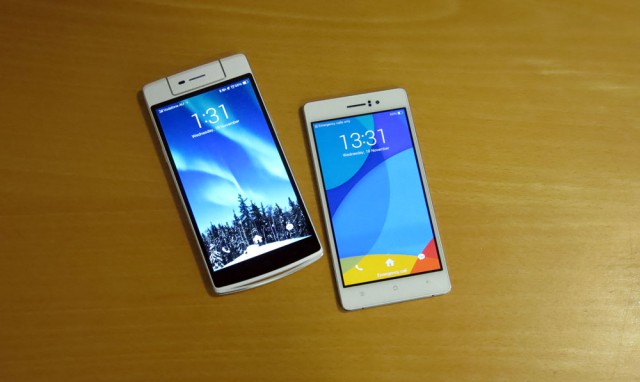 We first saw the R5 and the N3 in November last year, with a hands-on report after their launch in Singapore. At the time we were promised the phones would come to Australia in early 2015, and today’s the day.

The super-thin R5 is just 4.85mm thick and sports a 5.2-inch 1080p display, powered by Qualcomm’s Snapdragon 615 octa-core CPU with 2GB RAM and 16GB storage with a 13MP rear camera. It’s available in Silver or Gold for $629 and will ship later this month.

The N3 meanwhile would be its big brother, with a 206-degree motorised rotating camera has a 5.5-inch 1080p display with a 2.3Ghz quad core Snapdragon 801, 2GB RAM and 32GB storage. The rotating camera is a 16MP unit with a dual-LED flash. It’s only available in white, and will set you back $779 with a free gift pack available for a limited time.

Both devices include Oppo’s VOOC Flash Charger in the box, which promises to give you a 75% charge in 30 minutes. You’ll find the best LTE coverage in the N3, with support for each of Australia’s major carriers’ networks (including the new 4GX and 4G Plus networks). The R5 is a little more limited in its band support, but should work fine on the older LTE networks.

We’ve got both devices on the test bench at the moment – keep an eye on the site for our reviews!

If you just can’t wait and want to be the first to get your hands on the phones, head over to Oppo’s pages for the R5 and the N3.

Will you be buying the R5 or the N3? Tell us in the comments!

I’m always interested in these phones but by the time they become available I always have something else.