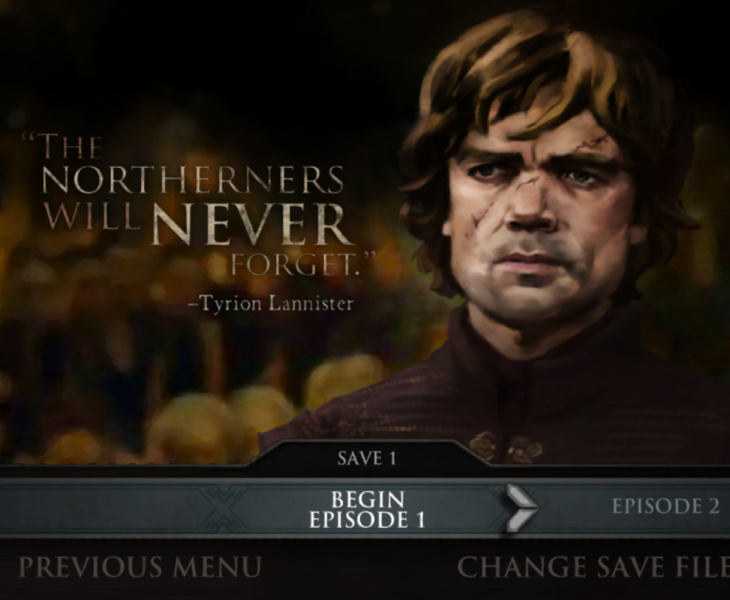 Did you jump onboard the GoT Bandwagon and ride it through Episode one of the Android adventure game from Telltale Games?

The numbers aren’t mind blowing with their download figures sitting in the 10,000 – 50,000 downloads, but that’s not surprising given the high price of the game. What was undoubtedly one of the biggest shows of 2014 has continued to grow in popularity and the game style that Telltale employ makes you feel as though you’re in the action, not just observing from a distance.

If you’ve finished Episode 1, you can now make an in-app purchase and grab episode 2 which promises more excitement, adventure and heart stopping moments for those who can handle it.

House Forrester is in disarray. Their liege lord and his heir are dead, and Ironrath is occupied by Whitehill soldiers. The survival of the family depends upon those who are left. Placed at King’s Landing, the epicenter of intrigue, Mira Forrester must weigh her loyalty to Margaery Tyrell against the needs of her family, while choosing how to play the political games of Tyrion Lannister.

One misstep could spell doom for Mira and her entire family. To the far north, Gared Tuttle finds that the wall and its crows hold little love for a squire from the Wolfswood, but finds kinship in the bastard son of Ned Stark. Gared must prove worthy of becoming a ranger in order to carry out the mission given him; one that is vital to the future of those he serves.

To the east, Asher Forrester, the exiled son, is called back to Westeros to aid his family, but how can one man help when the Boltons rule the north with an iron fist? Meanwhile, an unexpected source of hope returns to the Forresters, but Ironrath is no place for the weak.

If GoT is on your must watch list and you’re looking for some new games for you Android device, this game has to be at the top of your must have list so grab it from the Play Store link below.

Have you played some of the Telltale Games adventures, share your experiences with us