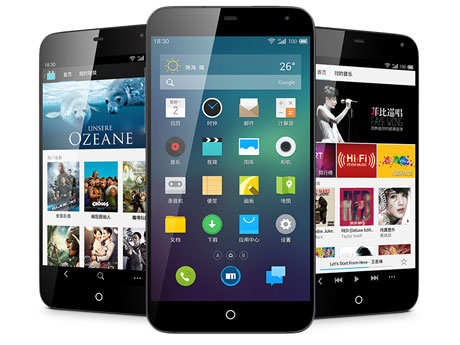 Alibaba is dabbling into the smartphone market with, what the company is calling “a strategic investment” in fellow Chinese smartphone maker, Meizu.

The NYSE-listed e-commerce company made the announcement via a statement to the marketplace that it had bought a $590 Million “minority” share in the Guangdong-based Meizu, which has sold more than 1.5 million of its Android-based smartphones in January alone. The move is a notable strategic alliance between the two that has experts intrigued.

“Alibaba Group will provide Meizu with resources and support in the fields of e-commerce, mobile Internet, mobile operating system and data analysis with the aim of developing Meizu’s smartphone ecosystem,” Alibaba said in its press release.

Jian Wang, Alibaba’s CTO, said “The investment in Meizu represents a significant expansion of the Alibaba Group ecosystem and an important step in our overall mobile strategy as we strive to bring users a wider array of mobile offerings and experiences.”

It is understood that Meizu will integrate its hardware with Alibaba’s struggling operating system, Aliyun, which yet to bear fruit. Aliyun was spun out from the main Alibaba business and has (to date) only powered some minor devices, meaning Alibaba has yet to gain any real traction with OS.

It is unsure whether this move will help boost Meizu, which is currently one of China’s top five smartphone companies based on sales, however it would seem that when you link all the other investments made by Alibaba, it would seem the company is wanting to complement its focus on software and services with a hardware partner. I note, though, that Meizu which has been in the market for eleven years has yet to make a dent outside of China.

We will have to wait and see what this investment will mean for Meizu and what devices both companies will come out with in future, but it certainly an exciting time for both companies none the less.

I wonder what they will do with the Ubuntu phone that Meizu are about to release.

Convergence of Mobile and desktop seems like such a big task. I wonder if they will add fuel to Canonicals efforts thus far or end their support.