Home Mobiles A sneak peek at the Sony Xperia Z4 front panel, thanks to... 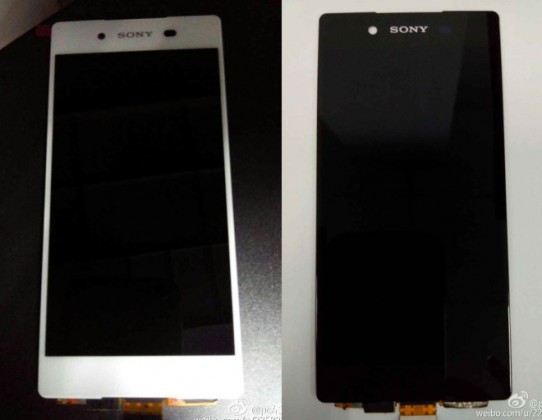 In the “not exactly news” category is the leak of what’s said to be the front panel of the upcoming Sony Xperia Z4. We’re hanging out to see what the rumoured Xperia Z4 will offer, and hopefully we’ll soon find out (though it might not be at MWC 2015; more soon).

If these photos of the Xperia Z4 front panel are to be believed, Sony hasn’t changed the design language much. Simple, pleasant styling with notches for the two front speakers remain, suggesting that the Xperia Z4 could be an evolution of the current model Xperia Z3, rather than a completely revolutionary design.

Other likely confirmations include the 5.2″ screen, but beyond that it’s mere rumour and speculation; Snapdragon 805 or 810 processor, 3GB of RAM, and a new camera sensor are the major headlines.

Would you buy this if it looks the same as the Z3? As a Z3 owner, I find myself wondering that same thing.

Considering they just got it from another site they arent Ausdroids friends.

I see. I just thought it funny that anyone would refer to the Red Chinese as “friends”. I guess if you had one Red Chinese friend you could kinda say that but the Chinese are certainly nobody’s friend.

I’m hoping the compact version will sport a 1080p screen.