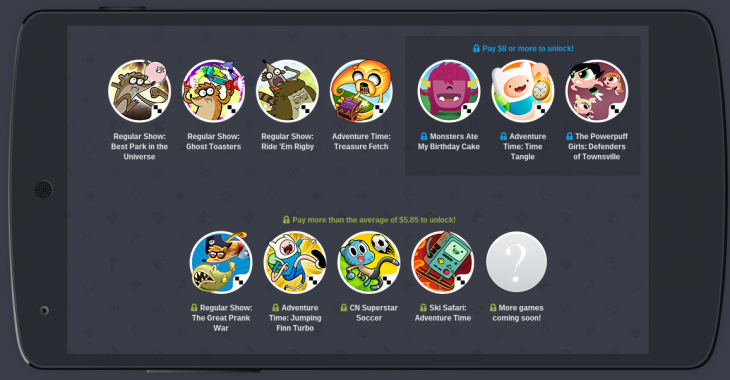 The Humble Cartoon Network Bundle has updated with three more games coming to the bundle adding even more value to an already great set of games.

The new games on offer are being made available if you pay above the average price, which at this stage stands at US$6.26. The new titles being added are : Adventure Time: Fionna Fights, Adventure Time: Rock Bandits and Ben 10: Wrath of the Psychobos. The new games bring the total available to 14, with almost 14,000 bundles sold since the bundle launched last Tuesday raising over US$86,000.

The money raised in the Humble Cartoon Network Bundle is split between the Humble Bundle folks themselves, the Developers and two charities: Khan Academy and the Childs Play Charity, with payments through Credit Card, PayPal, Amazon payment, Bitcoin and Google Wallet being accepted, although Google Wallet support is about to end.

If you need some new games, you could do worse than heading over to the Humble Bundle website and handing over some cash and enjoying some games.